* But then, the scruffy-bearded, wild-eyed Brown is expected to say odd things 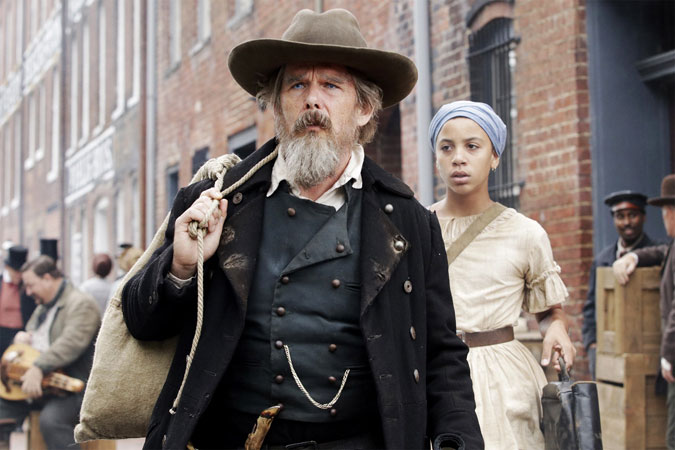 “What a beautiful country,” exclaims Ethan Hawke’s John Brown in the first scene of Showtime miniseries The Good Lord Bird as he is about to be hanged for treason.

Odd choice of last words, one would think. But then, the scruffy-bearded, wild-eyed Brown is expected to say odd things. He is decidedly an odd man. Or was. A real-life figure, Brown was an abolitionist who believed that violence was, unfortunately, necessary to rid the world of slavery. He was not at all fond of the pacifist nature that was inherent in most abolitionists. John Brown was a fanatic Christian who quoted Biblical verses in his speeches. He used his faith to denounce the slave trade, and his capture and hanging is said to be instrumental in inciting the American Civil War. The Good Lord Bird is based on the eponymous novel by James McBride The story begins with Brown freeing a young slave called Henry Shackleford, who is forced into Brown’s rag-tag band of itinerant abolitionists. The series is about their adventures together.

So busy Ethan Hawke’s John Brown is with doing what he thinks is the Lord’s work and mouthing off verses he thinks are relevant in a particular situation that he assumes Henry is a girl and gives him a dress to wear.

John Brown was a fanatic Christian who quoted Biblical verses in his speeches. He used his faith to denounce the slave trade and his capture and hanging is said to be instrumental in inciting the American Civil War

One expects this sort of miniseries to be solemn and violent, and it often is, but The Good Lord Bird is also a delightfully funny piece of entertainment with a crooked sense of humour. It is so funny that it can be categorised as a comedy-drama series.

Ethan Hawke’s portrayal of John Brown takes some getting used to. It appears at first that he is really overdoing it and sadly does not know it. But it grows on you. The actor and the writers are deeply dedicated to helping viewers understand a man who would otherwise defy comprehension — a half-mad extremist who is somehow a force for good. And they succeed big time.

By the end of the final episode, one is sad to see Brown go.

The young Joshua Caleb Johnson does a wonderful job, both as the narrator and as John Brown’s unwilling protégé. His Shackleford is utterly dumbfounded by Brown, this strange, cocksure white man who just loves the sound of his voice and thinks he knows everything. He goes on his own journey, and his paths diverge from Brown’s sometimes. The Good Lord Bird is essentially his story, after all. Brown just happens to be a prominent part of it.

The Good Lord Bird’s episodes lead up to the events of the raid on the Army depot in West Virginia which led to Brown being executed, and the series stays engaging throughout.

One word of advice: go into The Good Lord White Bird whilst knowing as little as possible. Skip the promos or any spoiler-y reviews. This series will be uber-fun in any case, but the entertainment factor is heightened when one is wholly unaware of it.