Pillion riding bans in Karachi over fears of target killings 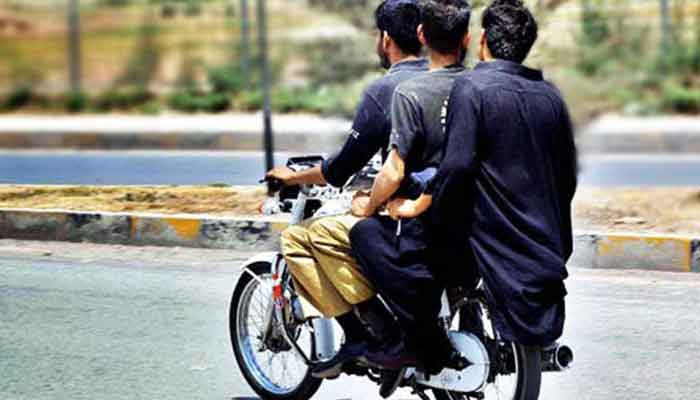 KARACHI: The Sindh government on Sunday imposed a ban on pillion riding for 30 days, citing reports that target killings in the city can rise and further deteriorate the law and order situation in Karachi.

A notification issued by the provincial home department maintained that the action has been taken amid rise in criminal activities in the port city.

The decision from the provincial authorities came on the request of Additional Inspector General Karachi Ghulam Nabi Memon, who conveyed his fears in a letter to the home department on October 10 saying miscreants and disgruntled elements may disturb the peace and create law and order problems in Karachi by carrying out targeted killings.

The communique maintained that incidents such as lobbing of hand grenades and targeted killings of law enforcement personnel as well as religious scholars have been reported in the city. “Therefore, keeping in view, he [IGP] has requested to impose a ban on the Pillion Riding for a period of one month with immediate effect,” read the notification.

While condemning the killing of prominent scholar Maulana Adil Khan in Karachi, Prime Minister Imran Khan has said that for the last three months, India has been attempting to target religious scholars from both Sunni and Shia sects to create sectarian conflict across the country.