Over 1,000 Afghan youth commissioned to army after training 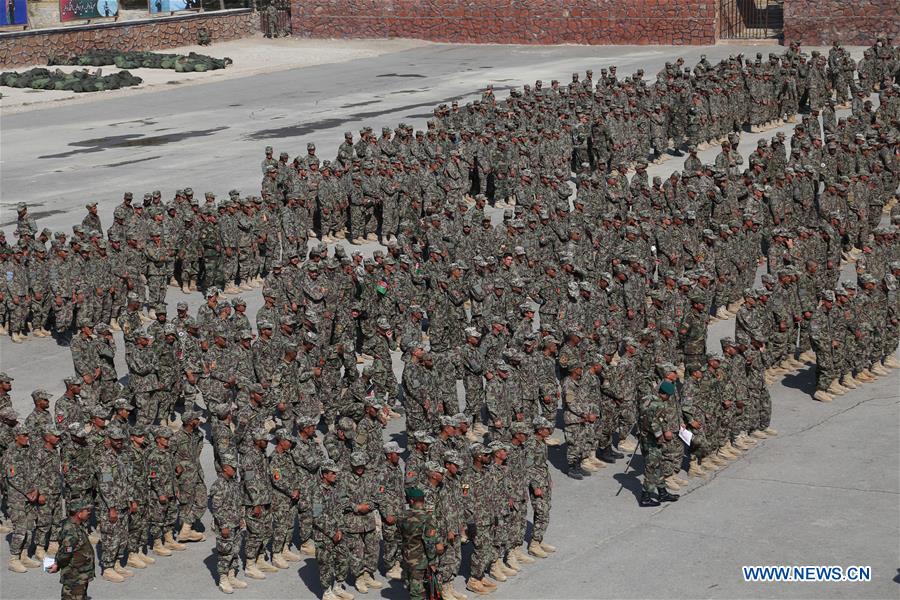 KABUL: A total of 1,227 youth were commissioned to the Afghanistan National Army on Saturday after completing a three-month military training.

Speaking at the graduation ceremony, Payenda Mohammad Nazim, director of education with the Defense Ministry, said the newly graduated soldiers would be deployed to serve the nation.

Afghanistan has been facing a protracted war over the past more than four decades that has claimed countless lives including military personnel, militants and civilians.

Afghan President Mohammad Ashraf Ghani said in January last year that more than 45,000 Afghan security personnel had been killed since 2014.

More than 70 Afghans including civilians and combatants have been killed since Oct. 7 in the country, according to officials.

The country’s 350,000-strong troops including police and army have been fighting a brutal war against insurgent groups.

More than 20 insurgent groups including Taliban, al-Qaida, Islamic State and Lashkar-e-Tyeba are operational in Afghanistan, according to security officials.