PCB tells Misbah, Azhar to be careful about code of conduct in future 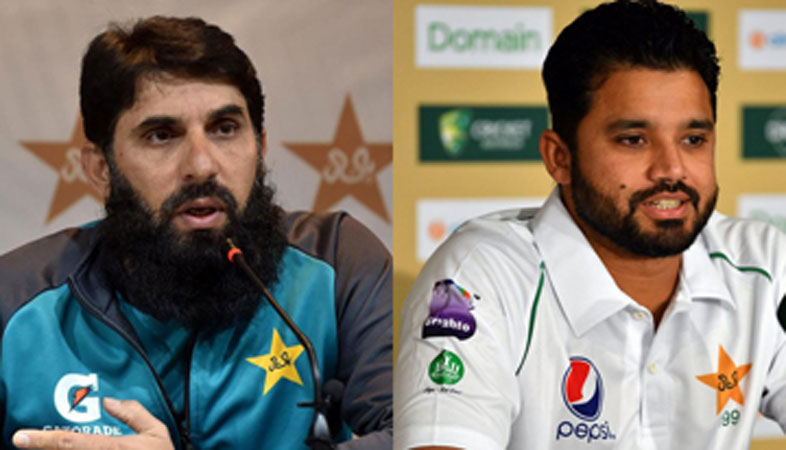 LAHORE: The Pakistan Cricket Board (PCB) has advised head coach Misbahul Haq and Test skipper Azhar Ali to remain careful in the future and to not do anything that violates their contract. Advisory on the precautionary measure was issued after they met Prime Minister Imran Khan in Islamabad couple of weeks ago to share concerns on new domestic cricket structure. Misbah, Azhar and Mohammad Hafeez had met the Prime Minister in a bid to convince him that departmental cricket should be reinstated – much to the chagrin of Chairman Ehsan Mani and CEO Wasim Khan – who were kept completely out of the loop and only attended the meeting upon receiving a last-minute invitation by the PM Office. Mani and Wasim, who were unhappy and disappointed, had summoned the trio following the meeting. “It was a weird situation for Chairman Ehsan Mani and he did not like it,” a source had said. The cricketers were summoned for getting round cricketing authorities and directly approaching Prime Minister Imran Khan to complain about the new domestic cricket structure. However, in response, Misbah and Azhar said that they did not violate the code of conduct but PCB officials directed them to remain careful.