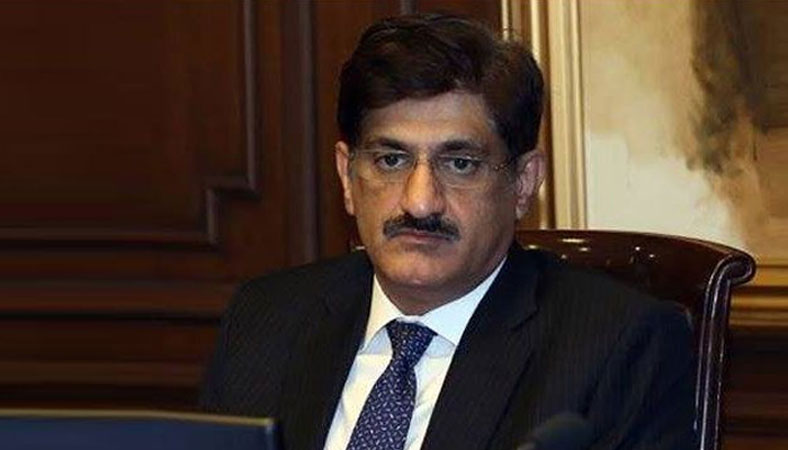 Sindh Chief Minister Murad Ali Shah kept knocking on the door of the auditorium of the Karachi city courts after security guards of PPP Chairperson Bilawal Bhutto Zardari closed the door on him. He stood outside for two full minutes before the door was opened and he was allowed to enter. Many lawyers had gathered at the court for Bilawal’s arrival and they kept pushing and shoving one another because of which the PPP chief got out of his vehicle quite some time after arriving at the court. His guards formed a circle around him and escorted him to the auditorium and closed the door immediately after. As a result, Shah was left behind.

The area around Karachi’s city courts was redone ahead of Bilawal’s visit. The roads were cleaned and repaved, the boundary walls and sidewalks painted and overflowing gutters cleaned and fixed.