Police made free of any political influence: CM 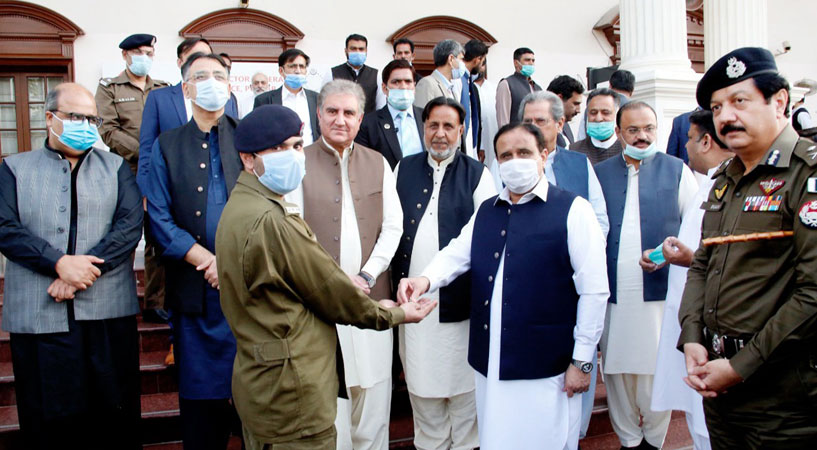 In order to ensure the safety of life and property of the people, Punjab government has provided 571 new vehicles to the Punjab Police.

Chief Minister Punjab Sardar Usman Buzdar handed over the keys of new vehicles to the police in a function held at the CM’s Office. Inspector General Police Punjab Inaam Ghanni gave a detail briefing to the chief Minister about the police vehicles. Usman Buzdar while addressing, said that government has fulfilled its promise of providing resources to the police department for safeguarding the life and property of the people. As many as 500 new vehicles will be allotted to the police stations whereas 47 vehicles to the Punjab Highway Patrolling Police and rest of 24 vehicles will be given to the elite force. Usman Buzdar said that police have been made free from political influence by providing required resources.

He further stated that provision of new vehicles will improve the efficiency of the police besides further improving the patrolling system of Highway Patrol Police. He said that improving in patrolling system will also help to maintain law and order situation in rural areas. The Chief Minister added that police department was deprived of required resources as well as politicize the department in the past. He said that genuine demands of the police have been fulfilled therefore government expect better performance from the department.