Increase in sexual violence against children reported in KP

During this year, 184 children were sexually assaulted across the province, four children were killed and 235 accused were arrested in these incidents.

Incidents of sexual violence against children have risen alarmingly this year in Khyber Pakhtunkhwa. According to the police department, a total of 184 children were sexually abused and four children were brutally killed.

According to statistics, Kohat, Mardan, and Nowshera are the districts where children have been killed after abuse, with the highest incidents being recorded in Dera Ismail Khan, where a total of 34 children have been abused this year. There were 26 incidents in Peshawar, 19 in Mardan, 17 in Swat, and 13 in Nowshera.

According to the data received from the police department, 5 incidents were reported in Charsadda, 7 in Swabi, 6 in Buner, 3 in Shangla, 7 in Lower Dir, 6 in Dir Upper, 6 in Chitral, 5 in Abbottabad, 4 in Haripur, 8 in Mansehra and 8 in Torgarh. In Kohat 9 cases were reported, in Karak 4, in Bannu 3 and 4 in Lakki Marwat.

No cases were reported in Batgram, Lower and Upper Kohistan, Hangu, and Tank this year. According to police officials, 235 accused involved in the incidents have been arrested. 35 accused have been arrested in Peshawar, 26 in Mardan, 9 in Charsadda, 21 in Nowshera, 4 in Shangla, 9 in Lower Dir, and 10 in Upper Dir.

According to the police department, these incidents could be more than that because in most cases people do not file reports for fear of being defamed. Experts believe that only the harshest punishments can bring an end to these incidents. 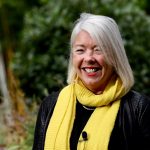