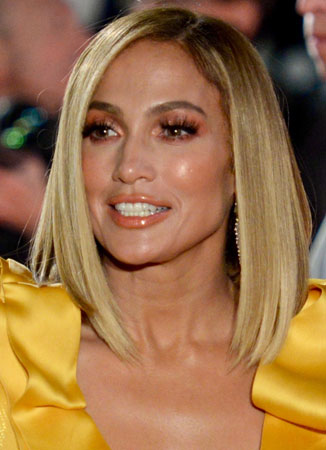 Jennifer Lopez is adding another title to her already-lengthy resume: cosmetics guru. On Friday, Trendmood1, a popular Instagram page about all things makeup and skincare, shared the news that the singer had quietly launched an Instagram account for her new beauty company.

And a quick search revealed that the pop star is following the official account, which is quickly racking up followers and features a bio that reads, “The secret is almost out.” What’s more is the the page only follows one person, who just happens to be J.Lo herself.

The artist first teased her business venture in August by posting a radiant selfie with the caption, “Sunset glow… #JLoBeauty coming soon.” That makeup look alone has fans excited to get their hands on her products.

It’s no wonder the triple threat is receiving the Icon Award at E!’s People’s Choice Awards this year.

Last week, it was revealed Jennifer would receive the honor at the virtual ceremony, with Jen Neal, General Manager of E! News, Live Events & Lifestyle Digital stating, “Jennifer Lopez has an unmatched global appeal and for more than two decades, has given us some of the most iconic, unforgettable performances of all time… For paving the way for artists around the world and single-handedly increasing Latinx representation in music, film, television, and fashion, we’re honoring Jennifer Lopez with The People’s Icon of 2020.”

Perhaps the star will be wearing one of her products when when the E! PCAs air on Sunday, Nov. 15 at 9 p.m.