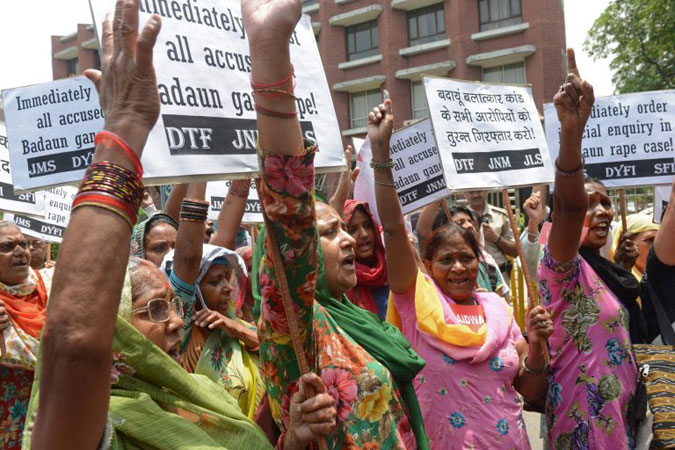 Once called ‘untouchables’, the Dalit women in India are among the most oppressed in the world bearing brunt of violence at every stage of their lives.

The world is witnessing the darker side of the “so-called secular, democratic and shining India”, where Dalit women face the triple burden of gender bias, caste discrimination and economic deprivation.

The gang-rape of a 19-year-old Dalit woman by a group of upper caste men in Uttar Pradesh state last week is a reflection of a society promoting unethical approach towards the weaker segments.

Soutik Biswas, an India-based correspondent of BBC wrote the ordeal of Dalit women, who comprise about 16 percent of India’s female population by highlighting their persistent grievances. He mentioned that the aftermath of the recent rape and murder of a woman in Hathras, Uttar Pradesh, allegedly by upper caste men, played out the way it usually does when a Dalit woman is attacked: police are slow to register a complaint; investigations are tardy; officials raise doubts there was a rape; there are insinuations it had nothing to do with caste; and authorities appear, perhaps, to be complicit in siding with the upper caste perpetrators of violence.

Even some of the media, from newsrooms dominated by upper caste journalists, question why sexual violence should be linked to caste, he said.

“In other words, the state and parts of society in India conspire to downplay or erase the links between sexual violence and the hierarchies of caste,” he said. Dr Suraj Yengde, author of Caste Matters also quoted that the Dalit woman belong to the most oppressed group in the world. “She is a victim of the cultures, structures and institutions of oppression, both externally and internally. This manifests in perpetual violence against Dalit women,” he said.

The write-up mentions that despite a 1989 law to prevent atrocities against the community, there was no let-up in violence against Dalit women. They continue to be stalked, abused, molested, raped and murdered with impunity.

The Centre for Dalit Rights group examined 100 incidents of sexual violence against Dalit women and girls across 16 districts in India between 2004 and 2013. It found that 46 percent of the victims were aged below 18 and 85 percent were less than 30 years old.

In a 2006 study of 500 Dalit women in four states across India on the forms of violence they had faced, 54 percent had been physically assaulted, 46 percent sexually harassed, 43 percent faced domestic violence, 23 percent raped and 62 percent verbally abused. In short, to be a Dalit woman in India means suffering an unending ordeal of sexual victimization and discrimination for the rest of life.