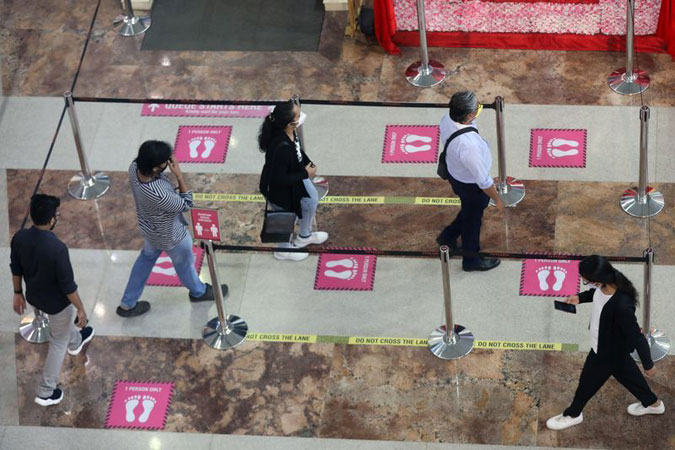 The World Health Organization reported a record one-day increase in global coronavirus cases on Thursday, with the total rising by 338,779 in 24 hours led by a surge of infections in Europe.

Europe reported 96,996 new cases, the highest total for the region ever recorded by the WHO.

As a region, Europe is now reporting more cases than India, Brazil or the United States.

India reported 78,524 new cases, followed by Brazil at 41,906 and the United States with 38,904 new infections, according to the WHO, whose data lags the daily reports by each country.

According to a Reuters analysis of more recent country data, COVID-19 infections are rising in 54 countries, including surges in Argentina, Canada and much of Europe. (Graphic: https://tmsnrt.rs/34CabCf)

Infections in the United Kingdom have reached record levels with over 17,000 new cases reported on Thursday.

“We are seeing a definite and sustained increase in cases and admissions to hospital. The trend is clear, and it is very concerning,” said Dr Yvonne Doyle, medical director for Public Health England.

France’s new daily COVID-19 infections remained above the record 18,000 threshold for the second day on Thursday with new measures to curb the outbreak expected.

The average number of new infections reported in Belgium has been increasing for seven days straight and Germany reported its biggest daily increase in new cases since April on Thursday.

While India still leads in the globe in most new cases reported per day, new infections are down 20% from its peak.

In the United States, which has the largest total number of cases and deaths in the world, new infections are edging higher along with the most hospitalized COVID-19 patients since early September.