* Interestingly, there was a dearth of women winning such an accolade in literature 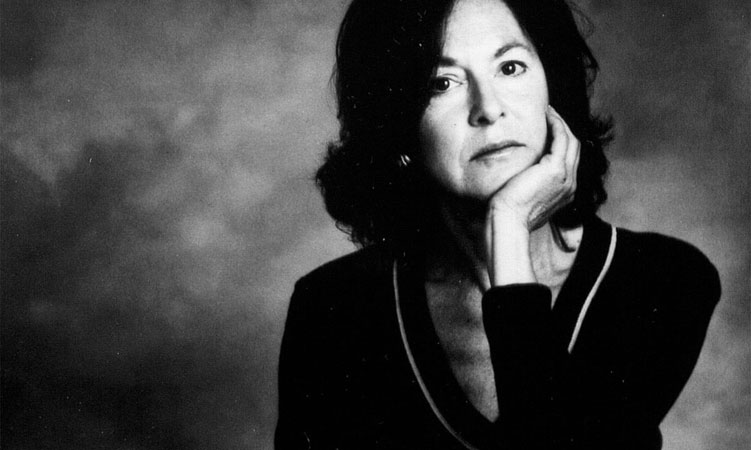 Louise Glück – the 77-year old poet from the US – won the Pulitzer Prize and the National Book Award in 1993 and 2014 respectively.

She produced poetic works while delving into the themes of family life and childhood. The year 2020 became a milestone for Louise Glück as she received the Nobel Prize for Literature. According to the judges, “her unmistakable poetic voice that with austere beauty makes individual existence universal.”

Interestingly, there was a dearth of women winning such an accolade in literature. However, Glück becomes only the 16th woman to win the Nobel Prize, and the first American woman to win the prize since Toni Morrison was awarded in 1993. Glück has been at the forefront when it comes to poetry produced by Americans. Her works have elements of Roman and Greek myths. She brings to fore such ideas and thoughts that strike the readers’ curiosity and send them into introspection. According to the chair of the Nobel Prize committee, Anders Olsson, “In her poems, the self listens for what is left of its dreams and delusions, and nobody can be harder than she in confronting the illusions of the self. But even if Glück would never deny the significance of the autobiographical background, she is not to be regarded as a confessional poet.”

Born on April 22, 1943, Louise Elisabeth Glück has previously won the Bollingen Prize, the US Poet Laureate and the National Humanities Medal

Born on April 22, 1943, Louise Elisabeth Glück has previously won the Bollingen Prize (2001), the US Poet Laureate (2003–2004), and the National Humanities Medal (2015). She is currently an adjunct professor in the Yale English Department, at Yale University. Glück has authored 12 books of poetry. Her recent collections, Faithful and Virtuous Night, was published in 2014. One of her poetic themes revolves around coping with the results of a failed love affair and family encounters that take drastic turns. In 1968, her first poetry book, Firstborn, was published. The isolated narratives comprising the book made poets and critics study Glück’s works with enthusiasm. It is interesting to see how effortlessly and smoothly has Glück taken the readers on a journey to explore their inner feelings, thoughts, and ideas. Her books including Firstborn, The House on Marshland (1975), Descending Figure (1980), The Triumph of Achilles (1985), Ararat (1990), The Wild Iris (1992), that won her the 1993 Pulitzer Prize for Poetry, are significant works of literary greatness that show her prowess as a poet. Glück’s poetic voice remains clear and compelling while her narratives are free from any confusion because of her smooth language. 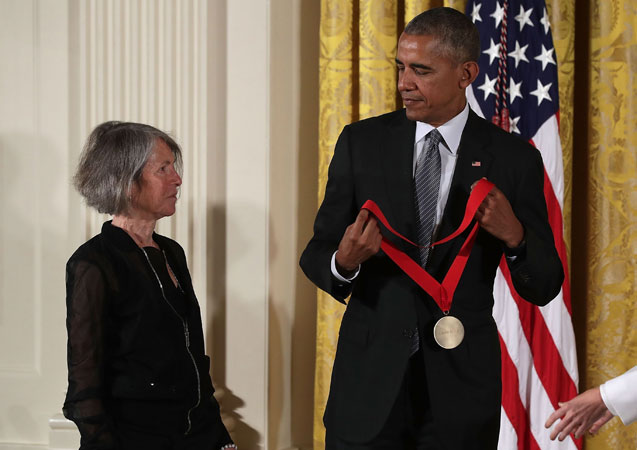 The poem, Snowdrops, from The Wild Iris, reads: “I did not expect to survive,/earth suppressing me. I didn’t expect/to waken again, to feel/in damp earth my body/ able to respond again, remembering/after so long how to open again/in the cold light/of earliest spring–” Her poem The Night Migrations from her book Averno reads as: “This is the moment when you see again/the red berries of the mountain ash/and in the dark sky/the bird’s night migrations/What will the soul do for solace then?/I tell myself maybe it won’t need/these pleasures anymore;/maybe just not being is simply enough,/hard as that is to imagine.”

Tamar Szabo Gendler, Dean of the Faculty of Arts and Sciences at Yale acknowledges and appreciates Louise Glück by saying, “A teacher of uncommon dedication, a poet of uncommon emotional range, Louise Glück’s presence has transformed our campus. Her passionate commitment to her undergraduate students inspires us to engage more deeply in our pedagogy; her profoundly humane poetry inspires us to engage more deeply in our lives. She illuminates the particular through the universal, the universal through the particular; her work brings light that helps us make our thought visible.” Over the years, Glück’s poems have been widely anthologized in significant anthologies including the Oxford Book of American Poetry, the Norton Anthology of Poetry, and the Columbia Anthology of American Poetry.