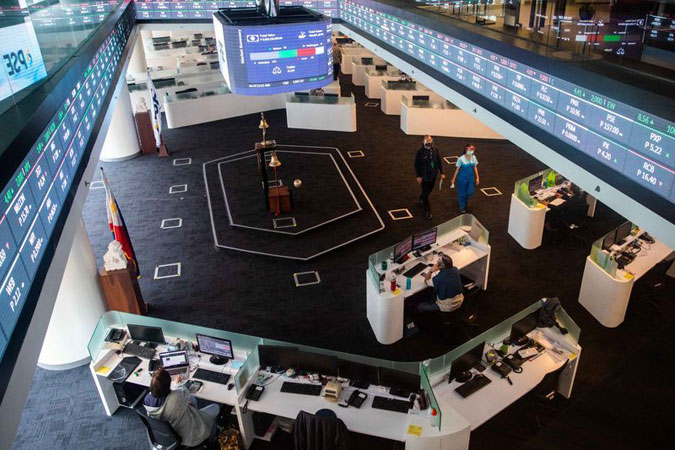 Asian shares inched close to 2-1/2-year highs on Friday as revived hopes for a US stimulus deal eclipsed weaker-than-expected jobs data, while mainland Chinese markets jumped after a week-long holiday.

Investors are also increasingly expecting the Democrats to take back the White House, and possibly the Senate as well, in the Nov. 3 US election, analysts said.

A widening lead for Democratic Presidential candidate Joe Biden is seen as reducing the risk of a contested election and opening the way for a big economic stimulus, helping to counter investors’ wariness about a Democrat pledge to hike corporate tax rates.

MSCI’s broadest index of Asia-Pacific shares outside Japan rose 0.15%, inching closer to its Aug. 31 peak, which was its highest level since March 2018. China’s CSI300 index gained 1.68% after the Golden Week holidays.

US President Donald Trump on Thursday said talks with Congress had restarted on targeted fiscal relief, after calling off negotiations earlier this week.

House of Representatives Speaker Nancy Pelosi expressed confidence about reaching an agreement on the amount of aid in new legislation.

The S&P 500 energy index led sector percentage gains, rising 3.8% on the day, after a jump in oil prices due to production shutdowns ahead of a storm in the US Gulf of Mexico and the possibility of supply cuts from Saudi Arabia and Norway.

Still, in a sign markets are pricing in a victory by Biden, clean energy-related shares have outperformed in recent weeks.

The iShares Global Clean Energy ETF has gained 14% so far this month, compared to 4% gains in the S&P 500 energy index.

“Biden seems to have a clear lead following the TV debate and a coronavirus cluster in the White House, which has raised questions about Trump’s crisis management capabilities,” said Mutsumi Kagawa, chief global strategist at Rakuten Securities.

A new Reuters/Ipsos poll found Americans are steadily losing confidence in Trump’s handling of the coronavirus pandemic, with his net approval on the issue that has dominated the US election hitting a record low.

The November contract of Volatility Index futures dropped to 30.25, its lowest level in three weeks, another sign of reduced worries about a contested election.

The number of jobless claims in the US came in 20,000 higher than economists expected at 840,000, showing unemployment in the world’s largest economy remains historically high and a recovery in the labor market is losing momentum.

Additionally, the World Health Organization reported a record one-day increase in global coronavirus cases on Thursday, led by a surge of infections in Europe.

In the currency market, the dollar was on defensive against most other currencies.

Oil prices were little changed on Friday after gains the previous day on output shutdowns and possible supply cuts. Brent crude stood flat at $43.34 per barrel, following Thursday’s 3.2% gains. US West Texas Intermediate (WTI) crude was little changed at $41.21 after having added $1.24 cents, or 3.1% on Thursday.