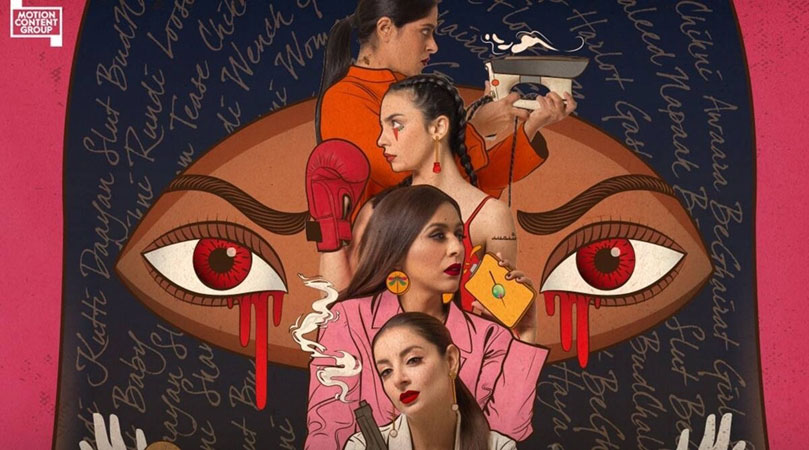 A Pakistani drama praised for its progressive portrayal of women has been taken off air after complaints to authorities, a move its creator called a “home-run” for misogynists.

The 10-episode series, which launched in August and tracks four women who set up an undercover detective agency to expose unfaithful husbands, has won plaudits for showing strong female characters taking control.

It also shows women swearing, drinking and taking drugs, and tackles subjects seen by many in conservative Pakistan as taboo, including sexual abuse, marital rape and homosexuality.

This week the series, called “Churails”, or “Witches”, was removed from Zee5, an entertainment platform that was streaming it in Pakistan, without explanation.

Indian-based Zee5 did not respond to a request for comment.

The Pakistan Telecommunications Authority said it contacted the platform after receiving complaints about the show.

“We cannot block (content) on our own, but we can write to the platform, which we have done,” the official said on condition of anonymity. Writer and director Asim Abbasi said the decision to remove the show was “predictable, and yet, still disappointing”.

“This is not just my loss. This is a loss for women and marginalised communities,” he tweeted.

“And it’s a home-run for all the misogynists who have once again proven that they are the only voice that matters.”

Actor Nimra Bucha, who plays a murderer in the show, said the cast was saddened by the move.

“This is a project that we are extremely proud of. We stand by the story we have told, and the way we have told it,” she told the Thomson Reuters Foundation.

“This is a very Pakistani story.”

Pakistani film critic Omair Alavi said Zee5 had taken a “huge risk” in selecting “Churails” as the first in a series of Pakistani-directed shows because the drama was “miles apart from what the viewers were accustomed to”.

Women’s rights are a contentious issue in Pakistan.

Organisers said they faced a backlash from conservative elements in the country, which a 2018 Thomson Reuters

Foundation poll found to be the world’s sixth most dangerous for women.