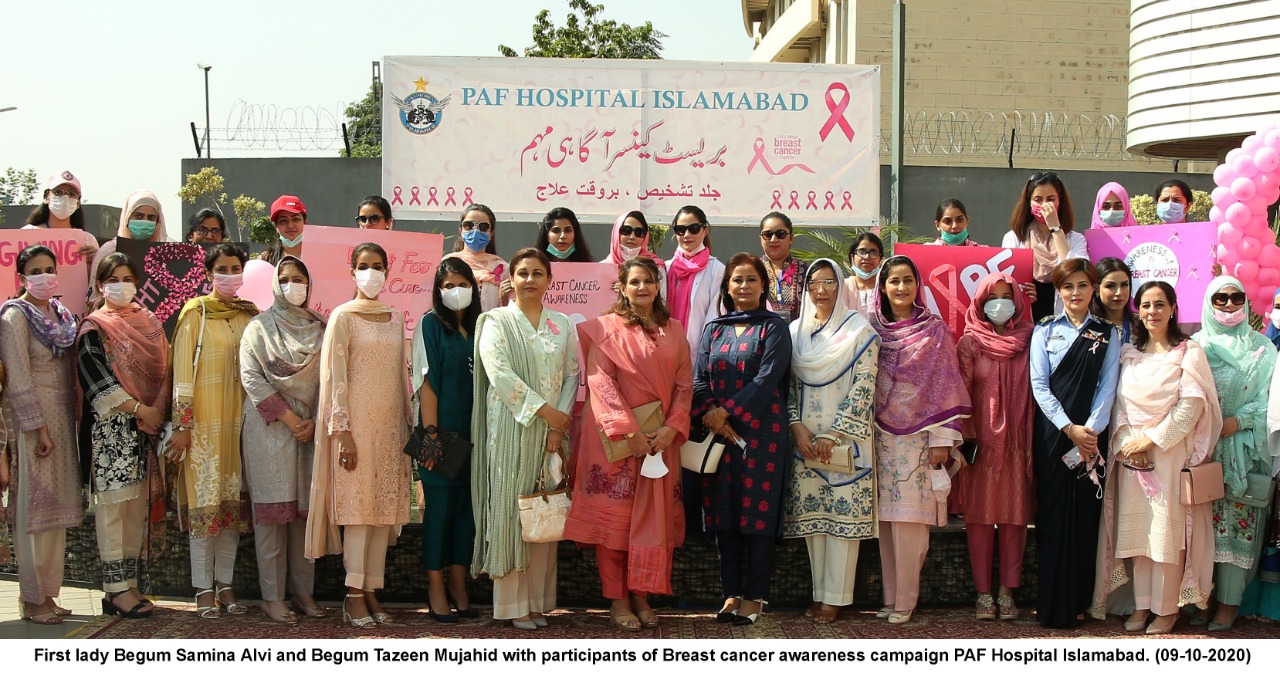 Islamabad: PAF Hospital arranged an awareness campaign at PAF Complex, Islamabad with an aim to educate the womenfolk regarding breast cancer. First lady Begum Samina Alvi, was the Chief Guest at the occasion. On her arrival, Begum Tazeen Mujahid, President Pakistan Air Force Women Association received the chief guest at the event.

Speaking at the occasion, Begum Samina Alvi emphasized that there was a dire need to support needy people who were fighting against Breast Cancer. She further said that it would not only help in early diagnosis of the Cancer but also break taboos attached with the disease.

She appreciated the role of PAF in creating awareness through free medical camps and setting up clinics in far flung areas of the country. She also congratulated PAF Hospital Islamabad on successful arrangement of campaign and measures taken by the hospital to check the disease.

Earlier, Begum Tazeen Mujahid, President Pakistan Air Force Women Association, in her opening remarks, underscored the importance of awareness about breast cancer. She highlighted that PAF was committed to support the government in creating awareness among womenfolk and had established state of the art clinics for treatment of the disease in Shorkot, Jacobabad, and Mianwali.