Terrorists from India were now at forefront of global jihad : FP Magazine 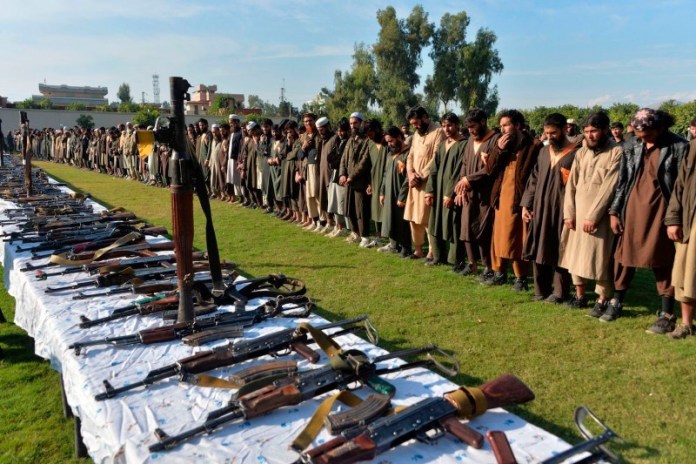 ISLAMABAD: A prestigious US based news publication, while exposing emerging international jihadist movements with networks based in India and Central Asia, has said that terrorists from India, Tajikistan, Uzbekistan, and Kyrgyzstan were now at the forefront of global jihad.

“The dynamism that the Islamic State injected into the international jihadist movement, and the long-term repercussions of the networks it built – In particular, the Indian and Central Asian linkages that the group fostered – are already having repercussions beyond the region.”

The American Foreign Policy Magazine in an explosive writeup, pointed to the threat that emerged most recently with the attack by the Islamic State in Khorasan Province (ISKP) on Jalalabad prison in early August and said that the attack showed a level of ambition that distinguished the group from many of the Islamic State’s other regional affiliates.

The writer, Raffaello Pantucci, a senior associate fellow at Britain’s Royal United Services Institute, noted that the presence of Central Asians and Indians in transnational attacks, was a relatively new phenomenon, reflecting a shifting pattern in jihadism linked to the Islamic State.

While mentioning some of the group’s most dramatic attacks — the Easter 2019 Sri Lanka bombings, the attack on a Turkish nightclub on New Year’s Eve 2017, or the 2017 truck attacks in New York City and Stockholm, the FP said, it revealed jihadism’s persistent appeal to a global audience.

“Indeed, the rise of Central and South Asian cohorts to the front rank of attack planning
is a development with potentially worrying consequences,” Pantucci said India’s history of jihadism goes back even further and said the country was the birthplace of the a particular sect that was a source of ideas for the Taliban.

He said neither India, nor Central Asia has historically produced many figures in the international jihadist movement, launching attacks far from their borders. “Indians have stayed involved in networks in India, or occasionally Pakistan. Central Asians have shown up in Afghanistan and Pakistan, but rarely farther afield,” but pointed that it was “changing” now.

The writer said a major attraction drawing young men and women to jihadism has always been the idea of participating in a transnational religious movement and an epic global struggle and Syria emerged as a major turning point in Indian and Central Asian involvement in the global jihadist movement.

A cauldron that continues to draw people in, it is a clear and significant marker in the international jihadist story. The battlefield was one that drew in Muslims from almost 100 different countries and from every continent. This included Indians and Central Asians, though their experiences were markedly different, FP said.

Large groups of Central Asians fought on the battlefield. On the other hand, a significant number of Indian fighters made it to the conflict in Afghanistan to fight alongside ISKP there.

Since the Islamic State’s emergence, Central Asians have been involved in repeated attacks in Turkey, including the assault on Istanbul’s Ataturk Airport in June 2016 and the high-profile massacre at the city’s Reina nightclub on New Year’s Eve 2017, as well as attacks using vehicles that were driven into crowds in 2017 in Stockholm in April, and New York City on Halloween that year, as well as an underground bombing in St. Petersburg.

The FP said the attack on the prison in Jalalabad follows the earlier decision by ISKP to use an Indian fighter to attack a Sikh gurdwara— a place of worship — in Kabul. Seen as “polytheists,” Sikhs are regarded as an acceptable target by the Islamic State like many other religious groups, though the decision to use an Indian attacker likely reflected a desire by the group to highlight their connection to India in particular.

The Islamic State officially announced creation of an affiliate in India last year but has been hinting about involvement in Kashmir for years. The group was rejected by local Kashmiris who have long seen foreign Islamists as complicating factors in their struggles against the Indian state.

The magazine said the Indians involved in external jihadist attacks have until now been the exception. The few Indians who pursued jihad, tended to do it at home in a limited fashion, often with links across the border to Pakistan. Only a few ventured beyond, like Dhiren Barot, a British-raised Hindu convert who was close to 9/11 organizer Khalid Sheikh Mohammed and was ultimately jailed for a plot to detonate a bomb in the U.K. in 2005.

According to the Foreign Policy magazine besides the post Covid19 slowdown in economy, Prime Minister Narendra Modi has advanced a series of policies, promoting a Hindu nationalist narrative openly hostile toward Muslims.

There has since been a notable uptick in jihadist propaganda toward India. In Central Asia, governments may not be stoking the same fires, but there has been an active pursuit of political opponents across the region.

There was also the question of what will happen to the fighters who went to Syria and Iraq.
Some may try to come home, but others may end up fostering new networks which create
problems elsewhere.

The danger is that there may be an increasing number of Indian and Central Asian links to plots outside their regions. The FP said there were Indian links to the 2019 Sri Lanka Easter attacks. Like many violent Islamist extremists, a Southern Indian cell involved appears to have followed the sermons of Indian prominent extremist preacher Zakir Naik, whose speeches have helped radicalize numerous different jihadists around the world.

The FP said the story of Central Asian and Indian jihadism is one that has historically received too little attention. Emerging from domestic environments that are creating more opportunities for disenfranchisement and radicalization to take place, they are exactly the sort of threats which may slip under the radar until it is too late.