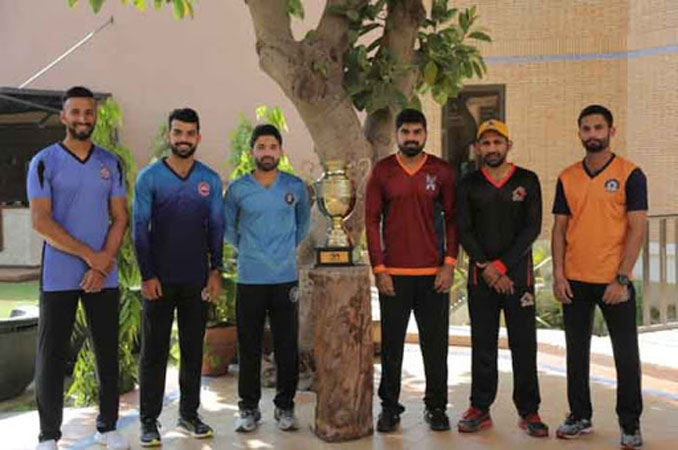 RAWALPINDI: Defending champions Northern will be the team to beat when the second-leg of the National T20 Cup for First XI teams begins at the Rawalpindi Cricket Stadium on Friday (today). Northern won each of their first five matches of the Multan leg and are currently on an 11-match unbeaten streak in the T20 format. They have won 10 consecutive National T20 Cup matches while they also beat the MCC team in Lahore earlier in the year in a one-off encounter. Eight 200 or 200 plus totals were posted in the Multan-leg on some excellent T20 pitches that provided batsmen the opportunity to play their shots and assistance to bowlers as the fans were treated with some riveting contests.

A total of 481 fours and 180 sixes were hit in Multan and the competition is only expected to go stiffer as the teams vie for the four semi-final berths in the second leg of the tournament. Besides Northern, second-placed Khyber Pakhtunkhwa (eight points from four matches) and Balochistan (six points from five games) are well-placed in the hunt for the semi-finals spot. The second round action kicks off with Northern taking on fifth-placed Central Punjab, who will be led by Pakistan men’s limited overs captain Babar Azam. Sindh play Southern Punjab under floodlights in the second match of the day. Abdullah Shafiq and Shaheen Shah Afridi top batting and bowling charts:

Central Punjab had a tough run in Multan, with just one win in five matches, yet seem to have introduced a potential star in top-order batsman Abdullah Shafiq. The 20-year-old right hander is at the top of the run scorer’s list with a tally of 236 runs which includes the tournament’s only century to date. Abdullah entered his name in the record books by becoming only the second player ever to score a century both on first-class and T20 debut when he scored an unbeaten 102 against Southern Punjab on the opening day of the tournament to secure what proved to be his side’s only victory in the Multan-leg. Khyber Pakhtunkhwa’s Mohammad Hafeez has carried on from where he left in England (man-of-the-series in T20I series) and is currently occupying the second spot with 207 runs.

Shaheen has taken 12 wickets in four appearances including match winning five wicket hauls against Balochistan and Sindh (the only two five wicket hauls of the Multan-leg). Three Northern bowlers, Haris Rauf, Shadab Khan and Musa Khan follow Shaheen in the wicket-takers list exemplifying the strength of the defending champions’ bowling line-up. Haris has taken 10 wickets in four games, Shadab, who captained Northern in Multan, has eight wickets while Musa has collected seven wickets in four matches. Northern’s bowling stocks will be further strengthened by the return of their captain and all-rounder Imad Wasim. Richly experienced pace duo of Mohammad Amir and Sohail Tanvir would also remain available to Imad besides the impressive trio of Haris, Musa and Shadab.

Central Punjab Head Coach Shahid Anwar said: “We did not do well in Multan as we should have won at least two out of our five games. All is not lost yet, however. With Babar Azam’s return as the best batsman in the side and his captaincy skills, I am confident of a turnaround in Rawalpindi. We have some exciting youngsters and they have shown flashes of brilliance already. We need to be patient with them as the tournament is also about developing players besides the quest for the winner’s trophy. In the remainder of the tournament we will play positive and aggressive cricket with an aim of a semi-final spot. The team is refreshed and looking forward to the remainder of the tournament after a two-day rest.”

Sindh Head Coach Basit Ali said: “We have a quality team but unfortunately we could not quite deliver according to the expectations. There have been some bright spots; Sharjeel and Khurram have done well at the top of the innings while Azam Khan played brilliantly against Northern. Anwar Ali and Sohail Khan are making all-round contributions. Our fielding and running between the wickets must improve in Rawalpindi and I am confident that the players will learn from their mistakes and prove their worth in the crucial stage of the tournament. Captain Sarfaraz Ahmed is a proven performer and he is really committed and willing to turn things around in Rawalpindi. I am confident Sindh will be back at its best in the second-half of the tournament. The pitches in Multan produced big runs and we expect the same in Rawalpindi which should help us as we have a very explosive top-order that has the capability of both setting-up and chasing down big totals.”

Southern Punjab Head Coach Abdul Rehman: “We have had a tough start to the tournament but I strongly feel we should have won at least two out of the four games. I am happy with how our batsmen especially Sohaib Maqsood has batted while Shan Masood and Zeeshan Ashraf have also done fairly well. Umar Siddiq and Hussain Talat have also made contributions which has helped us get around the 200-run mark in almost every game. Our biggest concern at the moment is our bowling attack and we are determined to fix the matter. We have rested well and are refreshed for the business end of the tournament. Our aim would be to win each of our remaining six games and make it to the semi-finals. We have included Dilbar Hussain, Zain Abbas and Mohammad Imran from Southern Punjab’s Second XI while Mohammad Irfan, Bilawal Bhatti and Rahat Ali have been released. I firmly believe we have a squad capable of bouncing back strongly in the event and I would be providing them my full backing – especially the youngsters – who are joining the squad in Rawalpindi.”