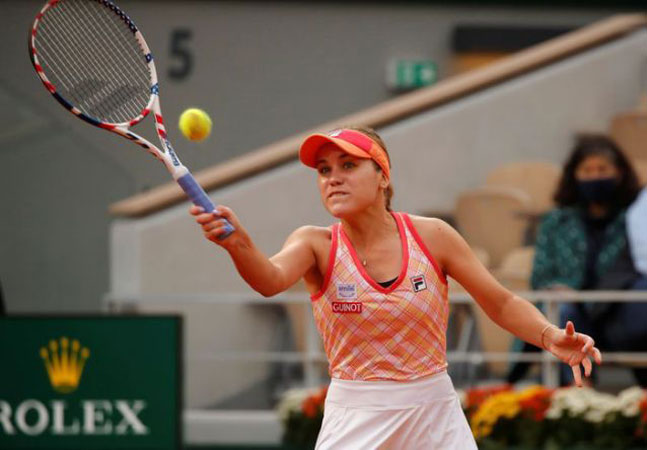 PARIS: American fourth seed Sofia Kenin marched into her second Grand Slam final of the year with a commanding 6-4 7-5 victory against Czech Petra Kvitova at the French Open on Thursday. The Australian Open champion, who will face Polish teenager Iga Zwiatek on Saturday, was the most aggressive player throughout the match on Court Philippe Chatrier. Seventh seed Kvitova, in her first semi-final appearance at Roland Garros since 2012, was often forced out of position by her crafty 21-year-old opponent. Kenin raced into a 4-1 lead as Kvitova showed some nerves after holding her first service game to love and, despite her Czech opponent finally getting into the groove, it was enough for the American to bag the first set. 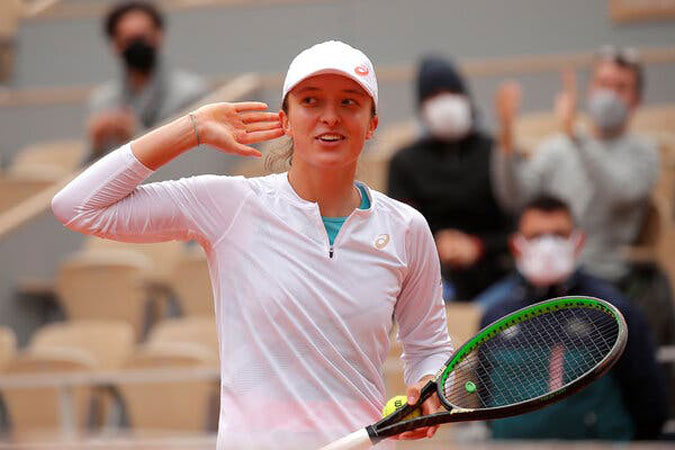 Twice Wimbledon champion Kvitova lost her serve to fall 3-2 behind in the second before breaking back for 5-5, only to drop serve again. Kenin did not miss her chance as she served for the match for the second time, seeing it through when Kvitova’s cross-court forehand flew wide. Earlier, Swiatek became the youngest player to reach the French Open women’s final in 19 years when she crushed Argentine qualifier Nadia Podoroska 6-2 6-1 on Thursday. Swiatek had too much poise and power for world number 131 Podoroska, who was looking to become the first qualifier to reach a final at a major in either the men’s or women’s singles draws. Swiatek, the youngest player to reach the women’s final at Roland Garros since Kim Clijsters in 2001, raced to a 3-0 lead and never released her grip on the opening set despite a poor first-service percentage. The second set was a mere formality for world number 54 Swiatek, who has lost only 23 games in her six matches at Roland Garros. She ended Podoroska’s ordeal on the first match point with a service winner.