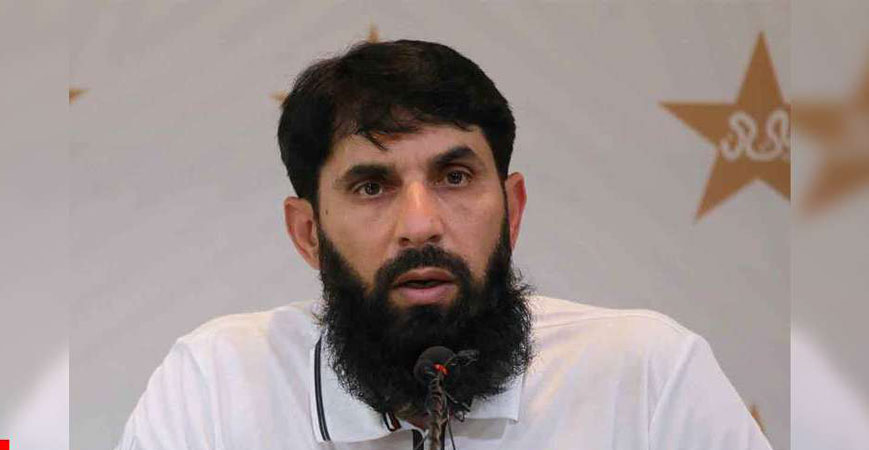 LAHORE: Pakistan Cricket Board (PCB) will be reviewing the one-year performance of their national team’s head coach and chief selector, Misbah-ul-Haq, before the home series against Zimbabwe. PCB CEO Wasim Khan told the media that he and PCB Chairman Ehsan Mani would be meeting with Misbah very soon to discuss his performance. “We will also ask him about his future plans particularly for the coming home series against Zimbabwe. Whether he has any plans to try out youngsters against them or not,” Wasim said. Misbah was named head coach and chief selector last year in October after the board released foreign coach Mickey Arthur and his support team following Pakistan’s failure to qualify for the World Cup. A reliable source said that when the PCB top officials meet Misbah, they would also be making it clear to him about the board’s new ethics code which does not allow any employee of the board to hold dual jobs. Wasim also made it clear that due to commitments, he and Ehsan Mani could not have a meeting with Misbah and Test captain Azhar Ali over their interaction with Prime Minister Imran Khan in which they pleaded for allowing departmental teams to take part in domestic cricket. Mani has already said that he was not happy with the way Misbah and company directly approached the Prime Minister to discuss domestic cricket matters.