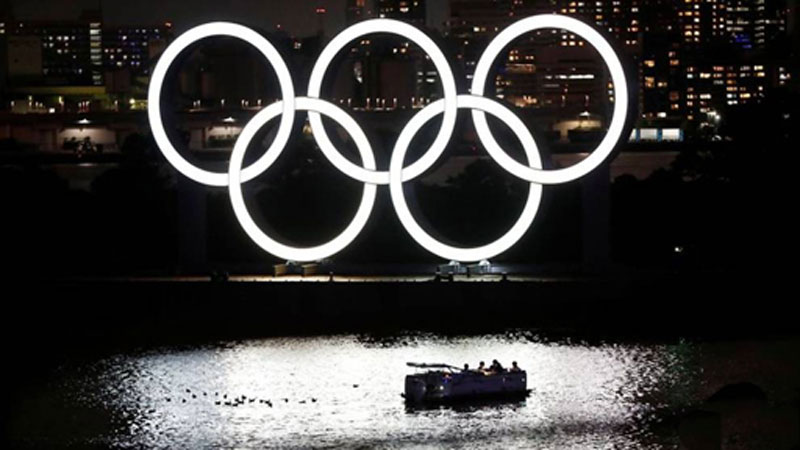 TOKYO: Aggressive lobbying by Japanese premier Yoshihide Suga has bolstered expectations within the government that the Olympic Games will go ahead next year, multiple insiders said, marking a sharp turnaround from just a few months ago. Suga has more flexibility in talks with the International Olympic Committee (IOC), one of the sources said, because he is not tied to the promises of his predecessor, Shinzo Abe, who told the public the Games would be held in “full form”. As recently as several months ago, lawmakers and bureaucrats in Tokyo were growing more sceptical about the viability of the Games, despite the official government stance that they would go ahead. But sentiment began to shift after Suga replaced Abe last month, according to ruling party lawmakers and government officials close to the new premier.

“The government’s tone is quite different now from when Abe was prime minister,” said a senior finance ministry official who speaks frequently with Suga. “There’s a growing sense now that holding the Games is possible.” Suga also seems more flexible on what the Games might look like, although the IOC has final say. “It’s easier to propose alternative ways to host the Games under Suga,” the official said. “There’s a stronger sense that while it may not be in the usual style, there will definitely be a Games next year.” The government and local organisers haven’t decided whether to allow spectators, two sources said. That will probably be determined by year-end, they said. The sources declined to be identified because the information isn’t public. IOC President Thomas Bach on Wednesday said organisers assume there would be international spectators next year. The Japanese government and the IOC postponed the 2020 Games in March until next year because of the COVID-19 pandemic.

Turning the tide: The tide in Japanese political circles turned dramatically in late September, when Bach voiced confidence in holding the Games, officials say. His remarks came days after a phone call with Suga, in which the premier promised to cooperate on holding a safe event. Suga is now laying the groundwork for holding the Games through a campaign to promote domestic tourism and by gradually re-opening Japan’s borders, said Masahiko Shibayama, a senior ruling party official close to him. “His administration is clearly pacing up preparations to hold the Games,” Shibayama said. “If Tokyo can host the Games despite the pandemic, it will become Suga’s legacy.”

Suga, who won a ruling party election last month to become prime minister, has pledged to pull Japan back from pandemic-sparked stagnation and do “whatever it takes” to hold the Games. There is also growing confidence among policymakers that Japan can safely hold big events, officials say. Japan is dealing with nearly 200 reported cases daily in Tokyo. Nationwide, about 1,600 people have died, far fewer than the 210,000 in the United States and 43,000 in Britain.

Many Japanese remain opposed to holding the Games next year. A poll by public broadcaster NHK in July showed 66% of respondents said the events should be postponed further or cancelled. Just 26% thought they should proceed in July 2021. There are deep concerns about the budget. The IOC has said it expects an additional $800 million in costs from the delay, although Tokyo organisers say they can save $280 million by doing things like reducing the number of Games workers. Much is also at stake for sponsors, especially domestic ones, who paid a record $3.1 billion.