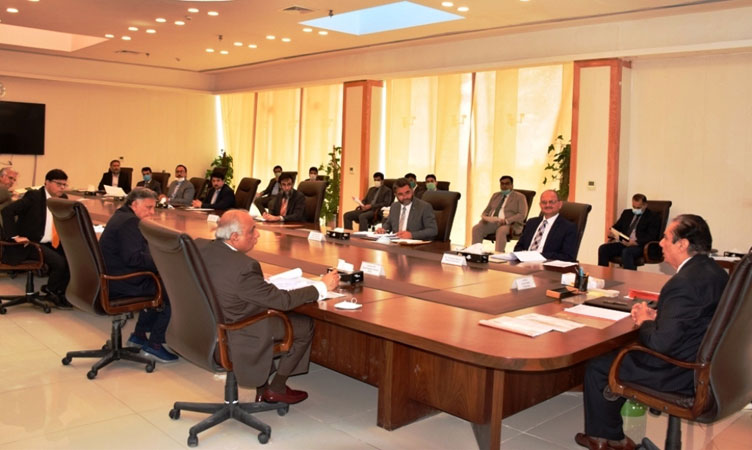 NAB is absolutely committed to root out corruption in an atmosphere of renewed energy and dynamism, where fight against corruption is being considered as national duty. He said these remarks while chairing a meeting at NAB Headquarters.

The chairman said that the watchdog is working hard to accomplish its mission of riding the nation from corruption and corrupt practices and make Pakistan corruption free. He said that the hard work, commitment, transparency and merit being put in by NAB officers are being appreciated by Transparency International Pakistan, World Economic Forum, PLIDAT and Mishal Pakistan in order to aware people about the ill effects of corruption and to nab corrupt elements. Gillani and Gallop Survey have indicated that 59 percent people have shown confidence upon NAB.

He said that NAB has introduced new concept of “Combined Investigation Team” (CIT) where two investigation officers and a legal consultant, financial expert under the supervision of Additional Director/Case officer and concerned Director are working as a team for a fair, transparent and unbiased, inquiry/ investigations. He said that the quality of inquiry and investigation of NAB will be further improved due to establishment of NAB’s first Forensic Science Lab (FSL) in Islamabad which has all facilities of Digital Forensics, Questioned Documents and Fingerprint Analysis which will help is lending quality and solid evidence in conduct of inquiries and investigations. He said that NAB is the only Organization with whom China has signed an MoU to oversee projects being undertaken under CEPC. He said that NAB has engaged youth in order to aware youth about the ill effects of corruption at an early stage and signed MOU with HEC.

He said that NAB is the first Chairman of SAARC Anti-Corruption Forum. This was a reorganization of NAB’s excellent work. He said that NAB Ordinance 1999’s preamble emphasizes to nab corrupt and recover looted money. Due to this reason, NAB has recovered Rs. 466 billion since its inception and its overall conviction ration is about 86.8 percent which is one of the best conviction ratios as compared to other anti-corruption agencies in Pakistan.