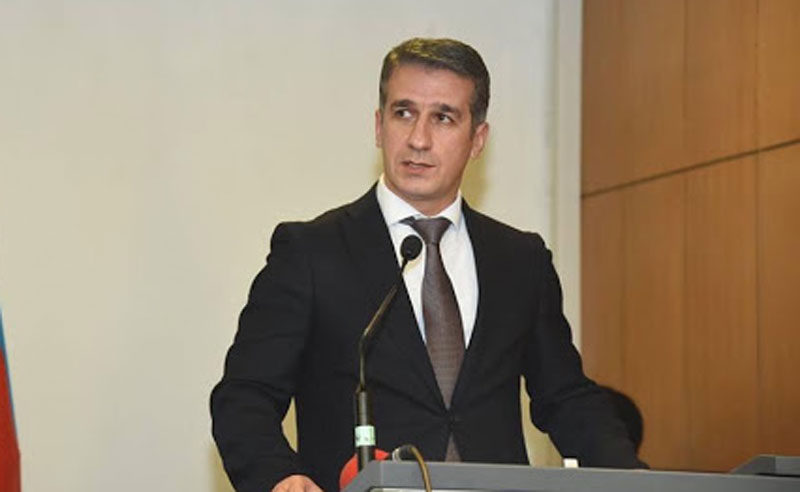 Ambassador of Azerbaijan to Pakistan Ali Alizada Thursday reiterated that Armenia should make an unconditional and immediate withdrawal from the occupied Azerbaijani territories while implementing the United Nations Security Council resolutions.

Speaking at a press conference here, the envoy said Armenia started the current military aggression and attacks against Azerbaijan. He said his country wanted peace and the Azeri President had agreed to restart negotiations. However, he said Armenia was acting contrary to the negotiation process and was trying to consolidate the status quo and its illegal occupation of Nagorno Karabakh. He referred to the UN resolution which had condemned invasion and seizure of Azerbaijani territory by Armenia and demanded stop to all attacks and observance of the sovereignty and territorial integrity of Azerbaijan.

Giving the background for the present round of hostilities, Alizada said the provocations were carried out by the Armenian leadership, both in word and deed, including the visit to occupied Shusha to participate in the inauguration of the self-proclaimed regime in the occupied territories of Azerbaijan.

He said Armenian Prime Minister Nikol Pashinian made the provocative statement of “Karabakh is Armenia” in the occupied city of Khankendi.

Armenia introduced the concept of “new war for new territories and put forward seven pre conditions in the conflict settlement negotiations as well as attempted to change the talks format, which dealt a blow to the conflicts settlement process mediated by the Organization of Security and Cooperation in Europe (OSCE) Minsk Group co chairs.

He said in response to the military aggression of Armenia, Azerbaijan started counter offensive and peace enforcement initiative within the internationally recognized territories of Azerbaijan and in compliance with the 51st article of the UN charter for right of self-defence.

Alizada held the Armenian military and political leadership responsible for the escalation of the situation on the frontlines.

President of Azerbaijan had stated that his country had no military target in Armenia, he said adding, “Armenia is targeting our human settlements and civilian installations.”

He said Armenia was in violation of international humanitarian law and Geneva convention as it was targetting civilians in occupied territory and even civilians Armenia to involve other parties to the conflict.

Azeri forces were not targeting civilians but only the Armenian armed forces, he asserted. He urged the international community to take immediate and concrete measures for end of illegal occupation in Nagorno Karabakh and condemn the aggression of Armenia which was not complying with the norms and principles of international law and was regularly targeting cities and civilian settlements.

South Caucus will never have peace and security until Armenia ended its occupation, he added.

The ambassador thanked Pakistan and Turkey for their unequivocal support. He said the Pakistani Foreign Office had rejected rumors of presence of Pakistani troops in Azerbaijan.

Azeri diplomat Samir Guliyev told that on September 27, 2020 the armed forces of Armenia blatantly violated the ceasefire and launched another aggression against Azerbaijan. While trying to compensate for its serious losses, Armenia tried to involve foreign nationals including mercenaries from different countries, he added.