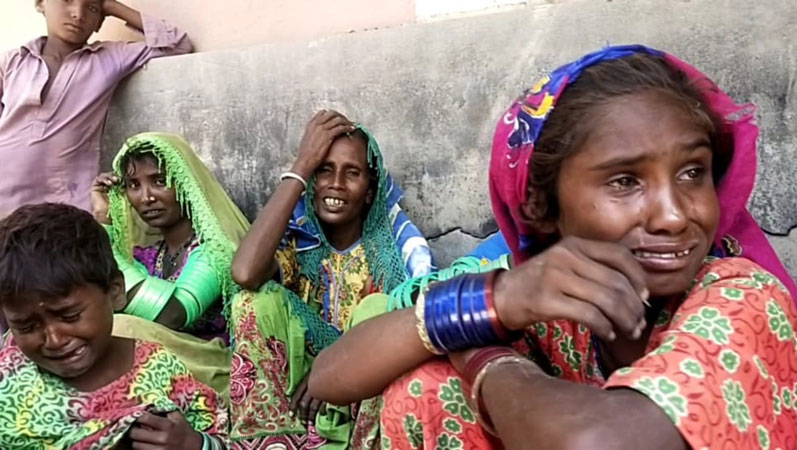 Kunri police raided the agriculture farm of one influential figure of the area, Sadiq Qazi, in Sultan Kolhi in Umerkot district and recovered 54 bonded peasants on the court orders on Thursday.

Police teams after recovering the bonded peasants produced in the district and sessions judge in Umerkot where the court allowed them to live a life of their free will. One Kastri Kolhi had filed the application in court a few days back seeking the release of their bonded family members and other close relatives from the private jail of the influential.

She in her application complained that the landowners were not only giving them the due share of the crop productions but also tortured them when they demanded some amount of grains of their shares. Kasturi, Walo Kolhi, Krishan Kolhi, and others talking to the media after the court orders that despite the court orders armed men of the landlords were not allowing them to move to safer areas and deplored that some three persons were arrested by police without any case.

The freed peasants staged the demonstration outside the court to register their protest for the release of their arrested family members.