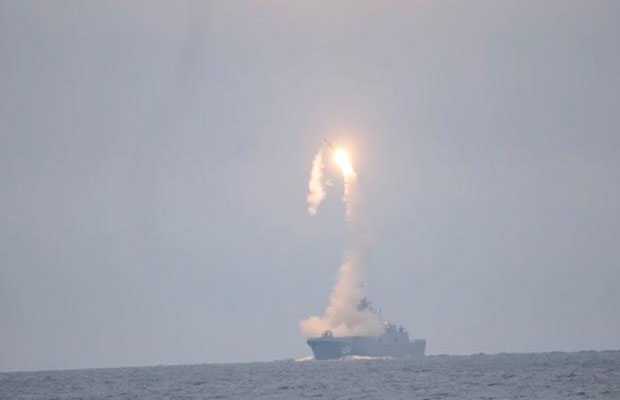 Speaking to Putin by video conference, Valery Gerasimov, chief of the army’s general staff, said the test strike had been carried out from the Admiral Gorshkov vessel which was located in the White Sea.

Putin has pledged to beef up Russia’s military presence in the Arctic.

Putin was seemingly happy with the latest success of the test launch. The launch was carried out as a move to push towards Putin’s promise of increasing Russia’s military presence in the Arctic during his 2018 speech.

The Chief has reported that the tests will continue till the officials are satisfied, and thereafter the submarines and vessels will be armed with this missile.