Amnesty International has expressed its concerns on Wednesday over what it called “the continuous crackdown on press freedom” in Egypt, due to at least five journalists being arrested since last September. 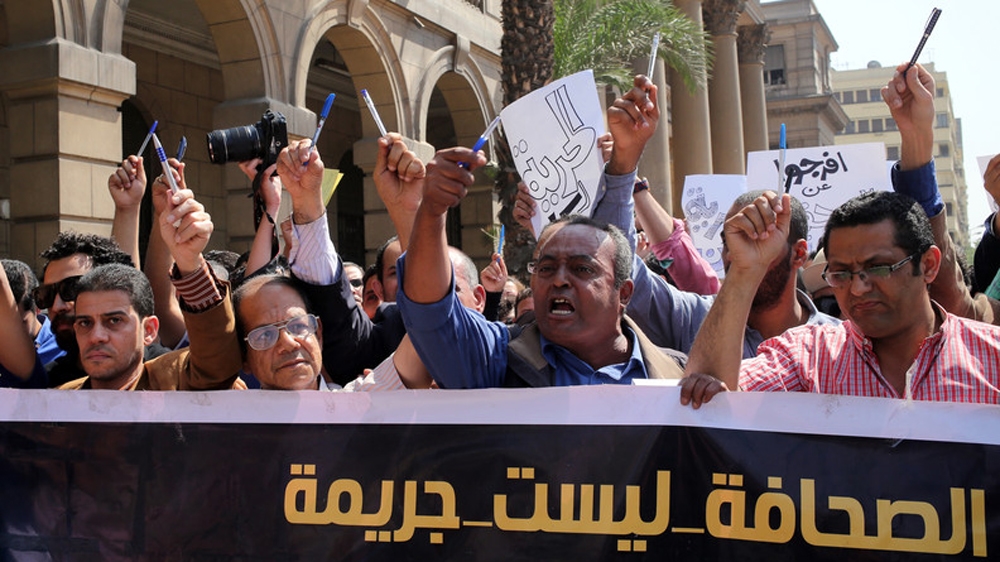 This came via the organisation’s Twitter account, the day after the release of a journalist who was arrested for four days while covering protests that erupted after a young man was shot dead by security forces in Luxor governorate.

Amnesty International tweeted: “The organisation expresses its grave concern over the ongoing attacks on press freedoms in Egypt, as at least five journalists have been arrested since September, while dozens are still behind bars simply because they are journalists who did their work or expressed their opinions.”

The organisation added: “We express our relief over the release of journalist for Al-Manassa website, Basma Mostafa, who should not have been arrested in the first place. We call on the authorities to drop all criminal investigations against her because of her legitimate journalistic work.”

On Saturday, the Egyptian authorities arrested Mostafa while covering popular protests that erupted after a young man named Owais Al-Rawi was shot dead by security forces in Al-Awamiyah village in Luxor governorate.