An online exhibition celebrates the rich oeuvre of SH Raza

* ‘Throughout his practise, the artist earnestly filtered the element of superfluous from his art and rallied forward with a sole objective, to establish an image which reflected his inner-self’ 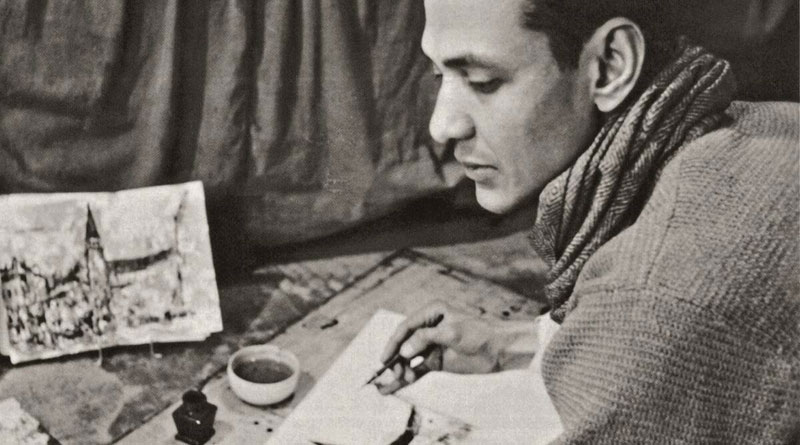 Still a student at the Nagpur School of Art and years away from discovering the bindu that became the centre of his creative universe, a young (SH) Raza would often paint landscapes, both imagined and the one before him.

While his expressionist depictions were to attain more prominent geometric forms in the time to come, The Arts Trust begins its virtual exhibition dedicated to the master from here. A set of 1940 landscapes comprise the earliest works of the online exhibition “Raza – Rendezvous” spanning over six decades of Raza’s career. “Throughout his practise, the artist earnestly filtered the element of superfluous from his art and rallied forward with a sole objective, to establish an image which reflected his inner-self. His resilient spirit aided him to keep inertia at bay, while simultaneously, he embraced with gusto the deliverance of knowledge that he confronted,” says Siddanth Shetty, Vice President, The Arts Trust.

The 100 works put together from varied collections offer a glimpse into the evolution of the master from being a distracted young son of a forest ranger in Barbaria to being one of the most celebrated modernists. So from the hills of India to picturesque Kashmir and bustling Princess Street in Mumbai painted by Raza in the 40s, the viewers are transported to the French fields that became Raza’s abode in the 50s, when he studied at the Ecole Nationale Superieure des Beaux-Arts in Paris. Though France became his home till he returned to India in 2010, Raza would draw from cubism and Tantra philosophy, among others, in his quest to establish a distinct oeuvre for himself and Indian art.

The showcase includes several seminal works, including the 1956 Eglise et Calvaire Breton, where Raza makes a visible shift from strict geometric forms to the 1968 canvas The Black Sun that is often believed to be one of earliest works that led to his trademark bindu series. The artist paints his landscapes with shlokas and turns to the Paysage Provencal as well as Rajasthan for inspiration. The earthy tones of his birthplace Madhya Pradesh are evident in works such as La Terr. 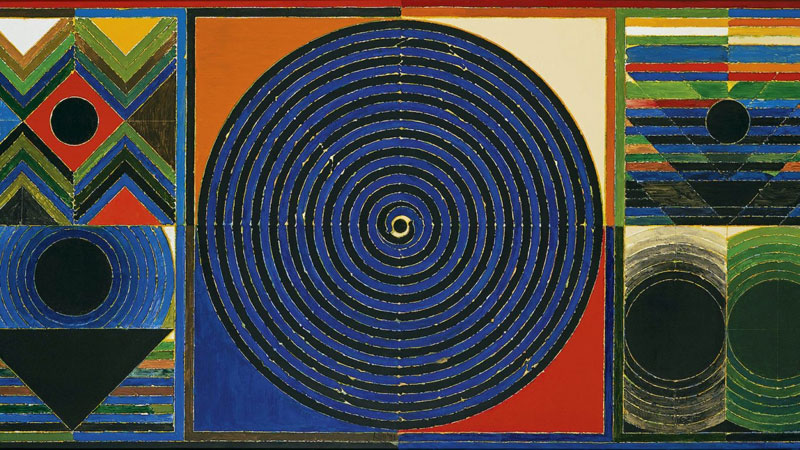 The latter decades see Raza develop the bindu as “the centre of life”. If at the centre of Gestation (1989), the bindu depicts the beauty of the Indian landscape, in Ekta Bandan (2000), Raza paints the tricolour within its circumference. Lot number 100 is Prakriti — as if completing the circle of life.

The exhibition is on view till October 9, at http://theartstrust.com.