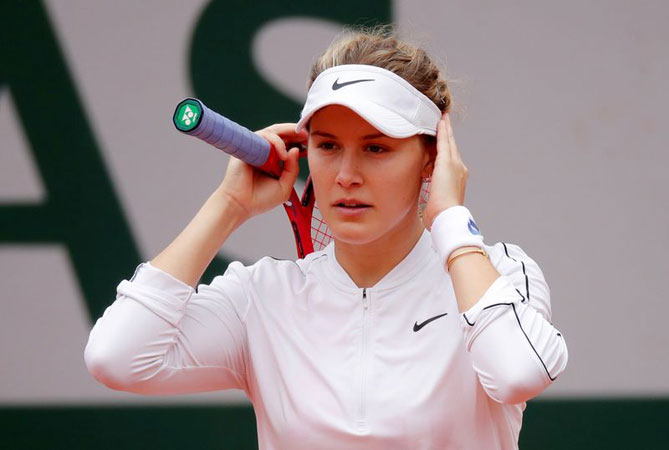 PARIS: Polish teenager Iga Swiatek recovered from a nervy start to outclass Italian qualifier Martina Trevisan 6-3 6-1 and move into the French Open semi-finals on Tuesday. The 19-year-old, who thrashed Romania’s top seed Simona Halep on Sunday to reach her first Grand Slam quarter-final, looked tight as she trailed 3-1 after a long wait to get on court but then took charge with some aggressive hitting. She is the first Polish woman to reach the French Open semi-finals since Jadwiga Jedrzejowska was runner-up in 1939. Former Wimbledon junior champion Swiatek won eight games in a row to move within three games of victory before tricky left-hander Trevisan stopped the rot with a break of serve. However, a crushing forehand winner by Swiatek in the following game resumed the onslaught and she romped to her fifth straight-sets victory in a row on the Paris clay. Swiatek is also through to the doubles quarter-finals with American partner Nicole Melichar.