England’s Lawes to have surgery for ankle injury

LONDON: England and Northampton Saints lock Courtney Lawes will have surgery for an ankle injury sustained in a Premiership match against Sale Sharks and will be ruled out for up to 12 weeks, his club said on Wednesday. Lawes will miss England’s postponed Six Nations game against Italy on Oct. 31 as well as their Autumn Nations Cup campaign in November, where they take on Georgia, Ireland and Wales. England are already without centre Manu Tuilagi, who has been sidelined for six months with an Achilles injury that he suffered playing for Sale in the same game last week. “Northampton Saints can confirm that, following consultation between the club’s medical staff and a specialist, Lawes will undergo surgery on the ankle injury he sustained against Sale Sharks last week,” Saints said in a statement. “The 31-year-old… will require a rehabilitation period of approximately 12 weeks.” Lawes has won 85 caps for England, who begin their Autumn Nations Cup campaign on Nov. 14 against Georgia at Twickenham Stadium. 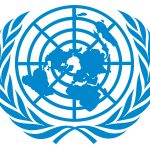