Yemen’s mini-libraries: ‘a candle in the dark’ 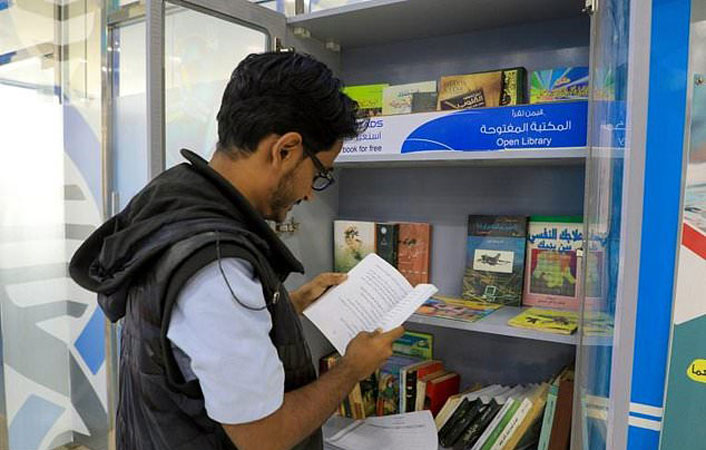 “It is lighting a candle in the dark,” says Fawzi al-Ghoudi in Yemen’s rebel-held capital Sanaa, of his initiative to reignite people’s interest in books, as an escape from the grimness of war.

The idea for the “Yemen Reads” campaign is simple — to establish mini-libraries across the city where people can borrow books for free, the 30-year-old told AFP.

The initiative dates back to 2013, a year before the Iran-backed Huthi rebels seized control of Sanaa, igniting an all-out war with the government which is supported by a Saudi-led military coalition.

Many of the project’s volunteers escaped at the time, fearing for their lives, but Ghoudi and four other companions revived it in 2019 after obtaining permission from the Huthi authorities.

They have so far set up five small booths with shelves full of books in public places in Sanaa, including a shopping mall.

“By establishing these booths, you make people feel there is still life in Yemen,” Ghoudi told AFP, adding that war-weary citizens were tired of the noise of boots on the ground, and endless news of killings and deprivation.

Yemen’s conflict, which has triggered what the United Nations has described as the world’s worst humanitarian crisis, is in its sixth year, with tens of thousands killed and the majority of the population reliant on aid for survival.

Sanaa was once one of the most vibrant commercial and cultural hubs in the region, but its heyday is now just a memory.

The Huthis impose a strict moral code, including shutting down cafes that do not observe rules on segregating men and women, and enforcing modest dress.

“The country smells of gunpowder… and these small libraries are reminders that reading is still important even if it is no longer a priority,” said Mohammed Mahdi, 32, one of the regular readers.

He said he came across one of the booths “by chance” last year and has since then not stopped borrowing books or encouraging others to do the same.

Ghoudi said that through donations, they have been able to gather about 5,000 books and hope to open 10 more libraries. But in a country with many pressing needs, gathering the funds they need is difficult.

“People tell you that they prefer to make donations to provide aid to people affected by the war, and avert the threat of famine,” he said.

Still, Ghoudi and his companions continue to try to build the project as best they can, and have set up collection boxes for books in their humble kiosks.

However they avoid accepting books about politics and religion — contentious topics in the troubled country. Fatima al-Kathiri, 24, a university student, is delighted to take part in the initiative.

“This is one of my best experiences,” she said. “Reading in general helps to clarify ideas and to think better.” 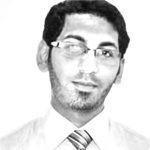