* Recalling a specific moment similar to that, Harry spoke about the interview he and the boys had on The Ellen DeGeneres Show where they were asked about Zayn’s departure 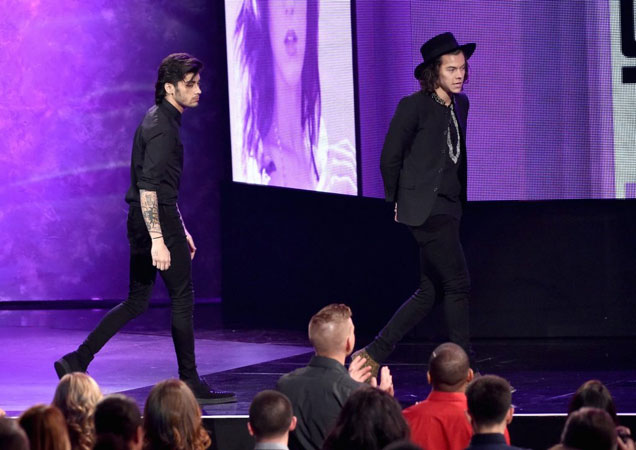 Ever since Zayn Malik called it quits with British pop group One Direction, his ties with the rest of the members have been quite sour to say the least.

In interviews and appearances following the Zayn debacle, other members including Harry Styles, Liam Payne, Louis Tomlinson and Niall Horan have persistently been asked to address his exit and how they feel about it.

Recalling a specific moment similar to that, Harry spoke about the interview he and the boys had on The Ellen DeGeneres Show where they were asked about Zayn’s departure.

The Watermelon Sugar singer admitted the air in the room had suddenly gotten tense when asked about Zayn.

“Now, did you know that Zayn leaving would be the story that it became, like such a huge story? “I mean, it’s a big story. Did you know for a while? Did he talk about it for a while, that he was leaving?” asked Ellen.

“I think we kind of had — had a feeling, you know. I don’t really know,” answered Louis.

At that point, Harry bursts into laughter, prompting Ellen to ask what was so funny.

“Because … you could cut the tension in here. Let’s make some jokes!” Harry responded.

Speaking about the exit, Liam told GQ: “I think with Zayn’s particular exit and the way he chose to go, we haven’t really heard from him since he left. He didn’t even say goodbye, if I am being honest. It was a really sordid scenario, from our side certainly. A bit strange. It’s difficult.”

“The only five people who know what you are going through were all in a room together once, and you left –fair enough–but you don’t want anyone going through such evils for no reason. But it got to a point with me where I wouldn’t know where to begin with Zayn.”