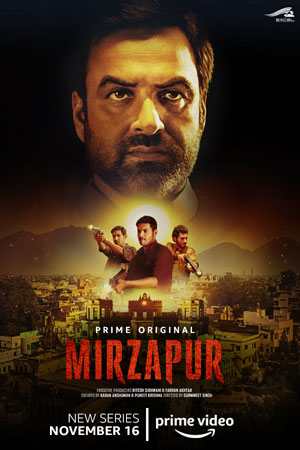 Pankaj Tripathi and Ali Fazal’s much-awaited web show ‘Mirzapur 2’ found a permanent spot on the trends list hours after its trailer hit the internet. Yes, netizens definitely can’t wait to watch the show, but at the same time, there is a section of the internet that has called for its boycott. Confused? We’ll tell you why.

Soon after ‘Mirzapur 2’ trailer released, Ali Fazal’s old tweets supporting the anti-CAA protests in December resurfaced on Twitter. As per the viral tweets, Ali had allegedly taken reference from one of his famous dialogues and wrote, “Protests: Shuru majboori mein kiye they, ab maza aa raha hai.” The tweet appears to be deleted now and couldn’t be verified.

‘Mirzapur 2’ is produced by Farhan Akhtar and Ritesh Sidhwani while it has been directed by Gurmeet Singh and Mihir Desai.