Pakistan Air Force is respected for its professionalism and is a true symbol of pride for the nation: Murad Saeed 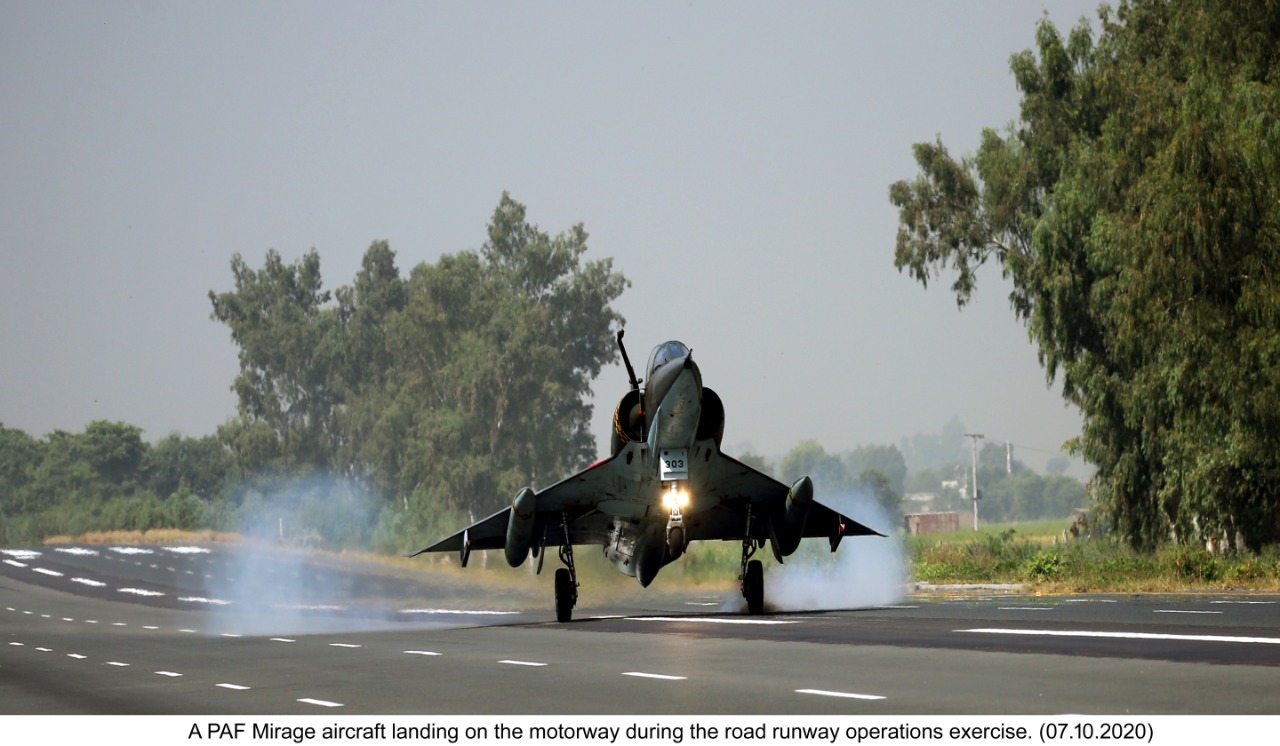 ISLAMABAD: PAF fighter aircraft landed on the Islamabad Lahore motorway as it carried out Road Runway operations today. Mr Murad Saeed, Federal Minister for Communications & Postal Services was the Chief Guest at the occasion. On his arrival at the venue, he was received by Air Vice Marshal Zaffar Aslam, Air Officer Commanding , Central Air Command. 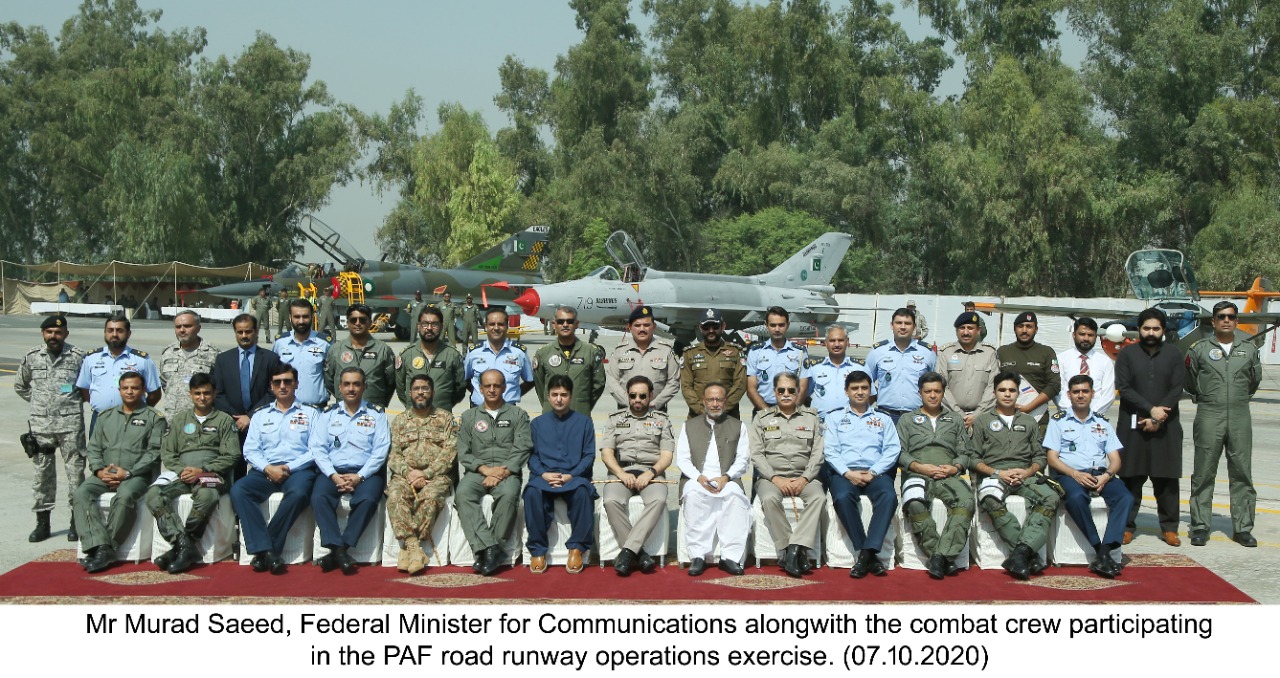 Fighter jets along with trainer aircraft from various Squadrons of PAF, participated in the exercise. After landing on the carpeted road, the aircraft were refueled before taking off for their respective bases.
Interacting with the participating ground and aircrew, the Federal Minister said that Pakistan Air Force is respected for its professionalism and is a true symbol of pride for the nation. He also lauded PAF personnel for living up to the expectation of the nation on 27 February, 2019, when it gave befitting response to the enemy.

The exercise was aimed at preparing PAF combat crew for utilization of vast network of highways for conducting air operations during warlike situations.