Admiral Amjad Khan Niazi has taken over the responsibilities of the new Chief of Naval Staff. 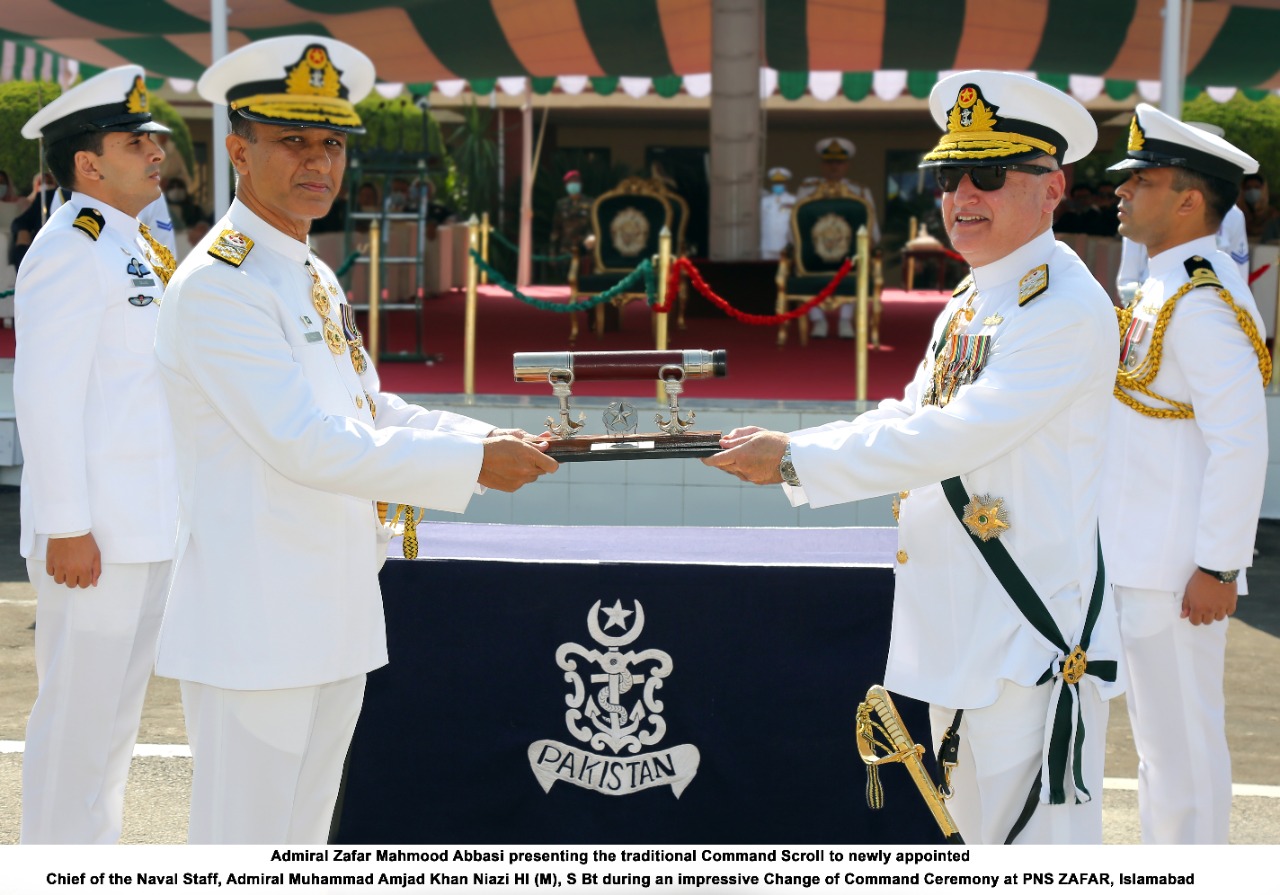 A grand ceremony of change of command of the Chief of Naval Staff was held at PNS Zafar Naval Headquarters which was attended by dignitaries including foreign ambassadors. Retired Chief Admiral Zafar Mahmood Abbasi was presented Guard of Honor by the Pakistan Navy.

President of Pakistan has appointed Vice Admiral Muhammad Amjad Khan Niazi as Chief of the Naval Staff & promoted him to the rank of Admiral w.e.f 7 Oct 20. He will succeed Admiral Zafar Mahmood Abbasi, who will relinquish the Command of Pakistan Navy on 7 Oct 20. (1/2) pic.twitter.com/U1yMpt646W

In his farewell address, Admiral Abbasi said the new CNS has a distinguished career and expressed confidence that he will lead Pakistan Navy to new heights.

He stated that during his tenure, his primary focus had been on transforming Pakistan Navy into a combat-ready force, with special emphasis on optimum battle preparedness and professional competence.

He praised the untiring efforts of Pakistan Navy officers, who worked as a team to achieve the progress made in all domains in line with his vision.