Govt has nothing to do with sedition case against PML-N 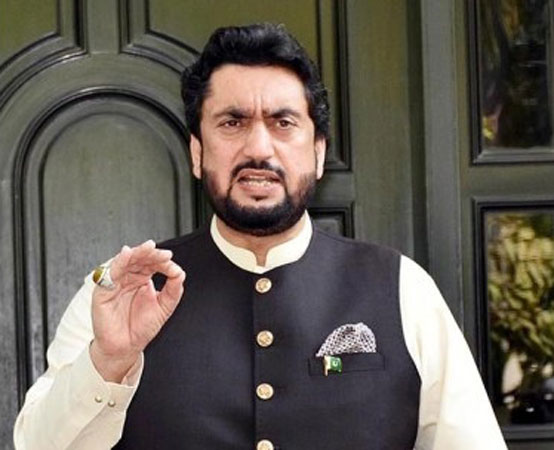 Parliamentary Committee on Kashmir Chairman Shehryar Khan Afridi Tuesday said that Pakistan Tehreek-e-Insaf (PTI) government has nothing to do with registration of a sedition case against Pakistan Muslim League-N leaders, as it was an individual act which should not be associated with the government.

Talking to the media here, he said that PML-N supremo Nawaz Sharif’s statements were totally against the state institutions and reflection of Indian narrative.

He said that the opposition leaders, particularly Maulana Fazl-ur-Rehman and Nawaz Sharif were trying to hatch conspiracies against the national institutions and the country as they held all parties conference (APC) at the same time when Prime Minister Imran Khan’s speech in United Nations General Assembly (UNGA) was scheduled to be held.

He said Maulana Fazl-ur-Rehman had also tried to create chaos in the country when Prime Minister Imran Khan was to address the UNGA the last year. The Kashmir committee chairman asserted that no one would be allowed to spread chaos and deliver a hate speech against the state and its institutions. However, he added, the state machinery would come into action to take action against those trying to create unrest in the country.

To a question, he said that Parliamentary Committee on Kashmir being the voice of both houses National Assembly and Senate was raising the Kashmir issue at all forums in a true spirit, adding that the Indian government and its armed forces had committed severe atrocities and human rights violations in Indian Illegally Occupied Jammu & Kashmir (IIOJ&K) but the voice and spirit of Kashmiris for their freedom could not be suppressed.

To another query, he said that judiciary in the country was completely independent and making decisions as per its standards and legal procedures.

Former prime minister Nawaz Sharif and the top leadership of PML-N was named in a first information report (FIR) on Monday for delivering provocative speeches from London “to defame Pakistan’s institutions”.

The complainant claimed that Nawaz hatched a criminal conspiracy by delivering speeches from London on the electronic and social media on Sept 20, 2020 during the All Parties Conference (APC), and PML-N’s central working committee (CWC) and central executive committee meetings on Oct 1, 2020.

The complainant alleged that the former prime minister, in his speeches, supported the policies of India, and claimed that Nawaz wanted to give an impression that Pakistan would be listed in the Financial Action Task Force (FATF) black list in its upcoming meeting.

The citizen, in the FIR, had claimed that Nawaz, in his speeches, wanted to divert the attention of people across the world from Indian forces’ atrocities in occupied Jammu and Kashmir and India’s occupation of the territory.