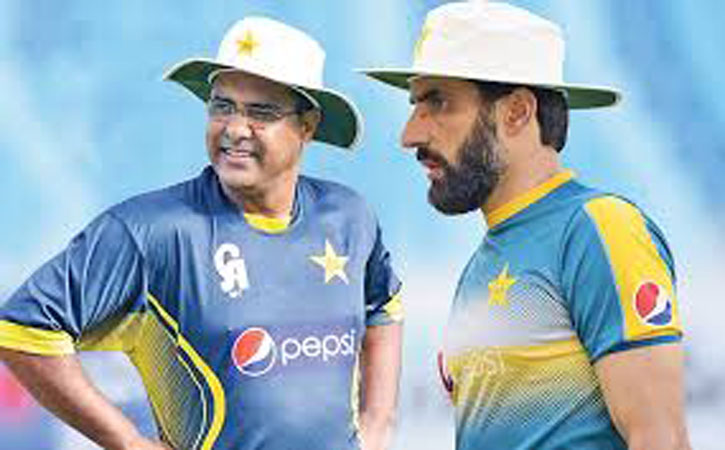 LAHORE: Pakistan’s head coach-cum-chief selector Misbahul Haq and bowling coach Waqar Younis have opened up about the squad selection process, ahead of the series against Zimbabwe while talking to media personnel at the Gaddafi Stadium here on Tuesday. Misbah revealed that the selectors would include players that can perform consistently during the ongoing National T20 Cup. “The T20I and ODI teams for the series against Zimbabwe will be announced on October 19 after the conclusion of the ongoing National T20 Cup. We will be announcing a squad of either 22 or 23 players for the series. We are also planning an inter-squad one-day encounter in Multan before the scheduled series. We are looking at the performances of all players. We will give chances to players who can perform consistently well. New players are performing very well in the tournament,” Misbah said. Speaking about the inclusion of senior players in the squad, he said: “We are still thinking about whether or not the seniors should be rested against Zimbabwe.”

Meanwhile, Waqar claimed that Zimbabwe were a relatively weaker opponent and revealed that the young players would receive a chance to prove themselves in the upcoming series. “We shouldn’t say this but Zimbabwe will be a comparatively weaker opponent. This is the perfect time to test our youth. Misbah also believes that youngsters should be tested. Right now we have Shaheen Shah Afridi, Mohammad Hasnain and Haris Rauf who are new to the side. If a player performs well during the ongoing National T20 Cup then he will surely be given a chance as well. We are all looking at the performances of the players. The Zimbabwe series would be an excellent platform for youngsters. Playing a home series and performing well is the dream of every player,” Waqar said. The fast-bowling great also spoke about the decreasing interest in ODI cricket. “Everyone is more interested in watching T20 cricket rather than ODIs. The fanbase for ODIs is decreasing. All countries are trying to bring the excitement back into the ODI format,” he added.