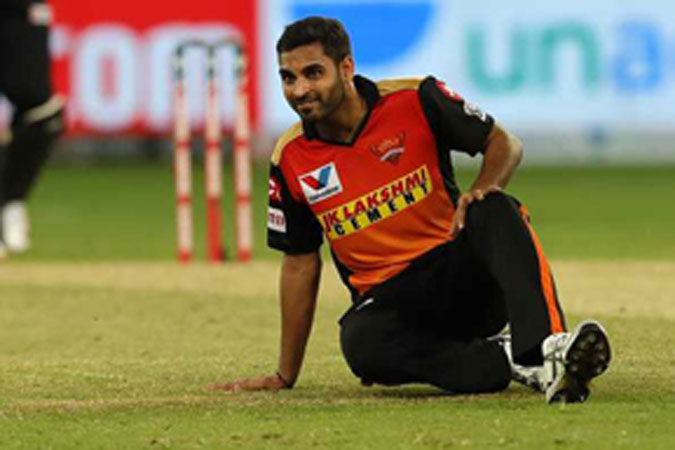 NEW DELHI: Injured quick Bhuvneshwar Kumar will miss the remainder of the Indian Premier League, his Sunrisers Hyderabad team said on Tuesday. The 30-year-old appeared to sustain a thigh injury during Friday’s match against Chennai Super Kings in Dubai and eventually limped off the field having failed to complete his fourth over. “Bhuvneshwar Kumar is ruled out of #Dream11IPL 2020 due to injury. We wish him a speedy recovery,” his team wrote on Twitter. Left-arm quick Prithvi Raj Yarra will replace Kumar in the David Warner-led side, who are second from bottom in the eight-team league having managed two wins from five matches. The 2016 winners have already lost all-rounder Mitchell Marsh through injury and signed West Indies captain Jason Holder to fill that void.