BAKU: Azerbaijan and Armenia accused each other on Monday of attacking civilian areas and said the death toll was rising from the deadliest fighting in the South Caucasus region for more than 25 years.

NATO chief Jens Stoltenberg added his voice to calls for an immediate end to the clashes over Nagorno-Karabakh, a mountain enclave that belongs to Azerbaijan under international law but is populated and governed by ethnic Armenians.

But prospects for a ceasefire appeared remote after fighting intensified at the weekend, with hundreds killed in clashes involving artillery, tanks and fighter planes since Sept. 27.

Azerbaijan said Azeri cities outside Nagorno-Karabakh had been struck, taking the fighting closer to territory from which pipelines carry Azeri gas and oil to Europe. 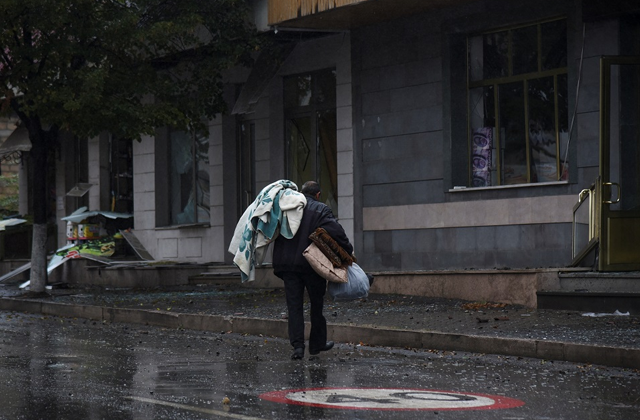 In an interview shown on Monday by Turkey’s state broadcaster, Azeri President Ilham Aliyev said Armenia must withdraw its troops from Nagorno-Karabakh and surrounding Azeri territories for military action to stop.

“We don’t have eyes on any other country’s lands, but what is ours should be ours,” he said, echoing comments he made in an address to the nation on Sunday.

Aliyev has ignored a ceasefire appeal by the United States, Russia and France, who have led mediation efforts in the intermittent conflict since the 1990s, and said in Monday’s interview that any peacemaking must involve Turkey. 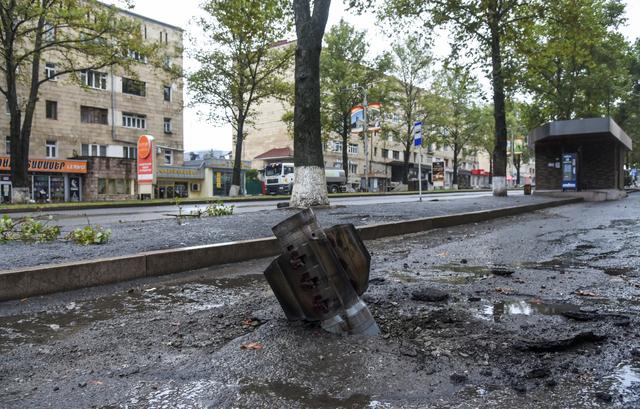 “Turkey must definitely be in any upcoming peace process. A peace process will surely be started. Clashes cannot go on forever, so the sooner the better,” he said.

Armenian Prime Minister Nikol Pashinyan showed no sign of backing down. In comments on Facebook on Monday, he called on servicemen demobilised last year to volunteer to fight.

“I want to invite those people and tell them they are … going to fight a war of survival for their fatherland,” he said.

The fighting has increased international concern that other regional powers could be dragged into the conflict – Turkey has expressed solidarity with Azerbaijan while Armenia has a defence pact with Russia.

“There is no military solution,” NATO’s Stoltenberg said during a visit to Turkey, calling for a ceasefire.

The European Union appealed for a ceasefire last week and Canadian Prime Minister Justin Trudeau said on Monday he had asked his foreign minister to travel to Europe to meet with allies to discuss developments in Nagorno-Karabakh.

U.S. Deputy Secretary of State Stephen Biegun spoke separately to the foreign ministers of Azerbaijan and Armenia. He urged the sides to agree to a ceasefire immediately and resume negotiations, the State Department said in a statement. 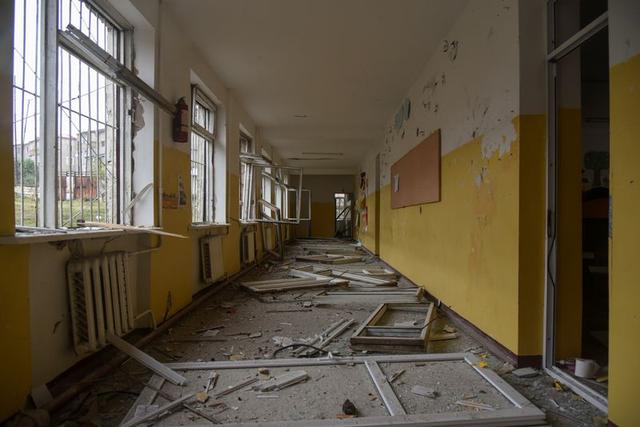 The United States, Russia and France jointly chair a group under the auspices of the Organization for Security and Cooperation in Europe (OSCE) to mediate in the crisis. The three powers condemned the escalation of violence in and around Nagorno-Karabakh and called for a ceasefire, the OSCE said.

Officials in Nagorno-Karabakh said 21 more servicemen had been killed, bringing its total military death toll to 223 since the fighting began. It also said 19 civilians had been killed.

“Stubborn battles are going on along the contact line between Nagorno-Karabakh and Azerbaijan,” Artsrun Hovhannisyan, an Armenian defence ministry official.

The Azeri prosecutor’s office said 25 civilians and been killed and 127 wounded since fighting began. Azerbaijan has not provided details of military casualties. 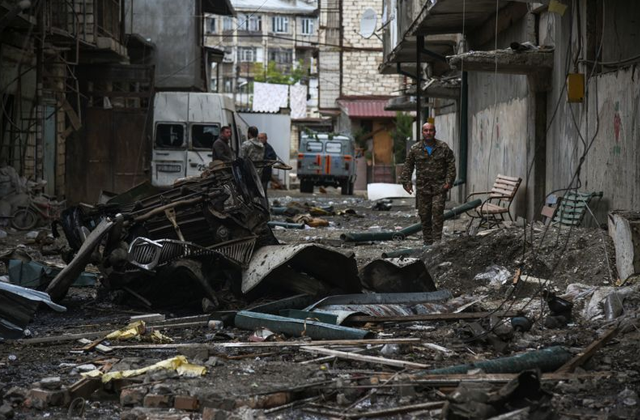 Azerbaijan says its forces have made gains and President Aliyev has said that his army has “liberated” several villages and heights in the Jabrail region in Nagorno-Karabakh.

A spokesman for Nagorno-Karabakh said the enclave’s forces had retreated for tactical reasons to limit losses and inflict more damage on Azeri forces. Hovhannisyan said Azeri advances has been halted.

The clashes are the worst since the 1990s, when some 30,000 people were killed, and are spreading beyond the Nagorno-Karabakh enclave itself.

“The fighting has essentially put to bed the prospect of any near-term resolution to the dispute over Nagorno-Karabakh,” said analysts Alexander Stronell and Yohann Michel of the International Institute for Strategic Studies (IISS) in London.