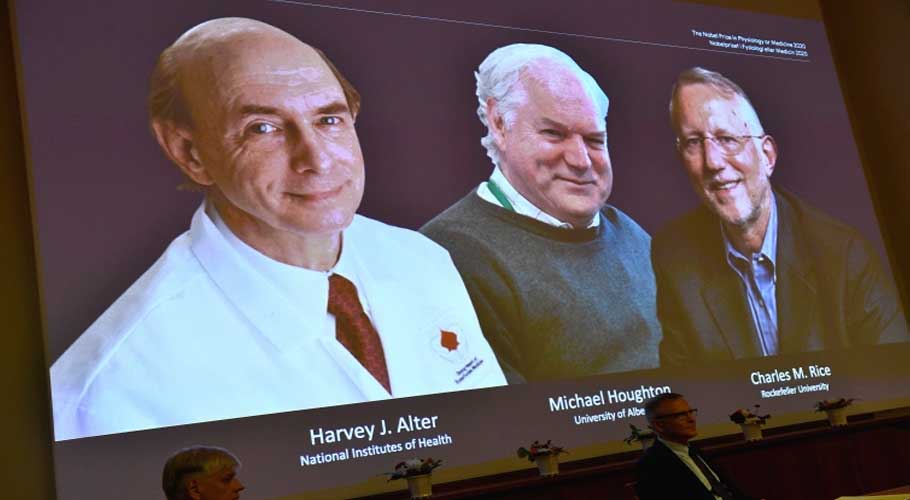 The three were honoured for their decisive contribution to the fight against blood-borne hepatitis. Their discovery also allowed the rapid development of antiviral drugs directed at hepatitis C.

The three scientists share the 10 million Swedish crowns ($1.1 million) award for discovering and proving that a blood-borne virus could cause Hepatitis C.

The award-giving body said that the discoveries by the scientists meant there was now a chance of eradicating the Hepatitis C virus, which afflicts 78 million people every year and causes 400,000 deaths.

“Prior to their work, the discovery of the Hepatitis A and B viruses had been critical steps forward,” the Nobel Assembly at Sweden’s Karolinska Institute said in a statement on awarding the prize of 10 million Swedish crowns ($1.1 million). The three scientists will share the prize money.

“The discovery of Hepatitis C virus revealed the cause of the remaining cases of chronic hepatitis and made possible blood tests and new medicines that have saved millions of lives.”

Thanks to their discovery, highly sensitive blood tests for the virus are now available and these have “essentially eliminated post-transfusion hepatitis in many parts of the world, greatly improving global health”, the Nobel committee said.

“For the first time in history, the disease can now be cured, raising hopes of eradicating Hepatitis C virus from the world population,” the jury said.

The award for work on a virus comes as the world battles the new coronavirus pandemic.