James Bond fails to save closure of theatre chain Cineworld 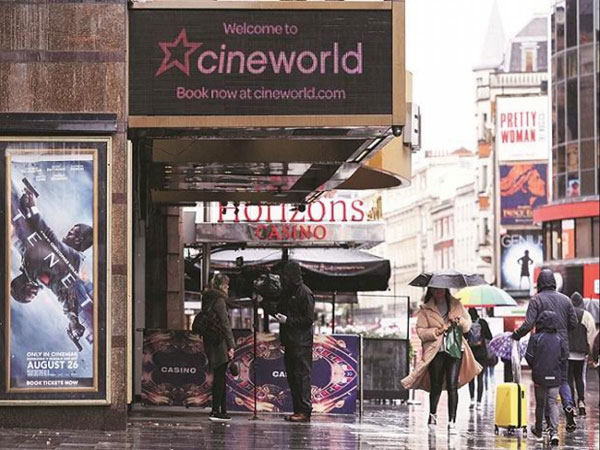 Agent 007 battled many warlords, mafia dons and criminals to save people over the decades, but on Monday failed to prevent the closure of Cineworld, one of the largest cinema chains in the UK and the US after the release of the latest James Bond film No Time To Die was put off again. Producers announced last week that the film, which has been postponed twice this year, would now be released on April 2, 2021. It was widely expected to help bring people back into cinema houses grappling with the Covid-19 pandemic. Over 5,500 jobs in the UK and 20,000 in the US are set to go after Cineworld announced temporary closure of its hundreds of cinemas on Monday. “Cineworld confirms that it will be temporarily suspending operations at all of its 536 Regal theatres in the US and its 127 Cineworld and Picturehouse theatres in the UK from Thursday 8 October 2020,” it said in a statement. Earlier, a statement on the James Bond film’s website said: “MGM, Universal and Bond producers, Michael G Wilson and Barbara Broccoli, today announced the release of No Time To Die, the 25th film in the James Bond series.