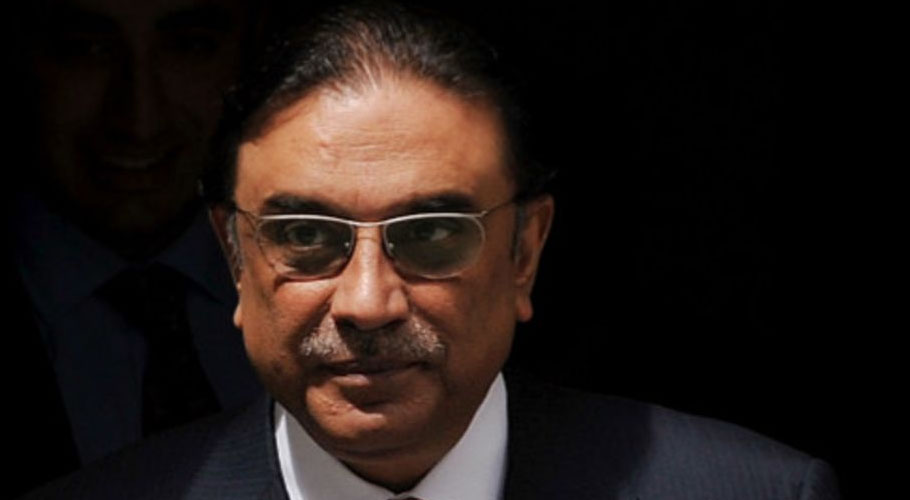 Former president Asif Ali Zardari was indicted on Monday by an accountability court in the Thatta Water Supply and Park Lane references.

The PPP leader and others nominated in the references presented themselves before the court on Monday in a hearing presided over by Justice Azam Khan.

During the hearing, the former president was presented with a charge sheet for the Thatta Water Supply and Park Lane references, while the other suspects were provided a copy of their indictments.

The court had indicted Zardari and his sister Faryal Talpur on September 28 in the mega money laundering reference.

Outside the accountability court, Zardari was asked to comment on Khawaja Asif’s remarks about him. “Khawaja Asif must have given the statement on somebody’s instructions,” he said. “The intent was to divide the opposition.” His comments come days after Asif, in a talk show on TV, said it was “difficult” for him to trust Zardari. In an interview on September 30, the PML-N leader said he still had “reservations” about Zardari after being asked whether he trusted the PPP.

“When we are in opposition, such cases are filed against us,” he said. “We have been going through these cases [in the past as well].”

The Thatta Water Supply is a supplementary reference part of the fake bank accounts and mega money laundering references filed by NAB against Zardari.

In October 2015, the anti-corruption wing of the Federal Investigation Agency in Karachi received a tip-off about suspicious intra-bank transactions from the Summit Bank, Sindh Bank and the United Bank Limited.

The profiles of the account holders did not match their earnings/income. FIA authorities suspected that these accounts were being run by the Zardari Group and Omni Group, amongst others.

The case dragged on until June 2018, when the Supreme Court took suo motu notice of the fake accounts and directed a Joint Investigation Team (JIT) to probe the matter.

The investigation team concluded that 32 fake bank accounts were being operated by 11 fake entities to launder money from “kickbacks, land grabbing and large scale misappropriation of public funds.”

Nasir Khan was the original purchaser of this land in 1994 and was alleged by NAB in 1997 to be Zardari’s frontman in the Ehtesab Bureau reference filed against him in 1997.

However, all the legal requirements were met and followed in the purchase and transfer of this land from one man to another and then to Park Lane Estate Pvt Ltd, which was a Karachi-based company.

According to the Form-A Annual Return of the company, its share capital, as reflected in the SECP record then, showed it had 120,000 shares of which Zardari and Bilawal own 30,000 shares each. Zardari was shown as a director and his son was a member with four others who appear as members and debenture holders.