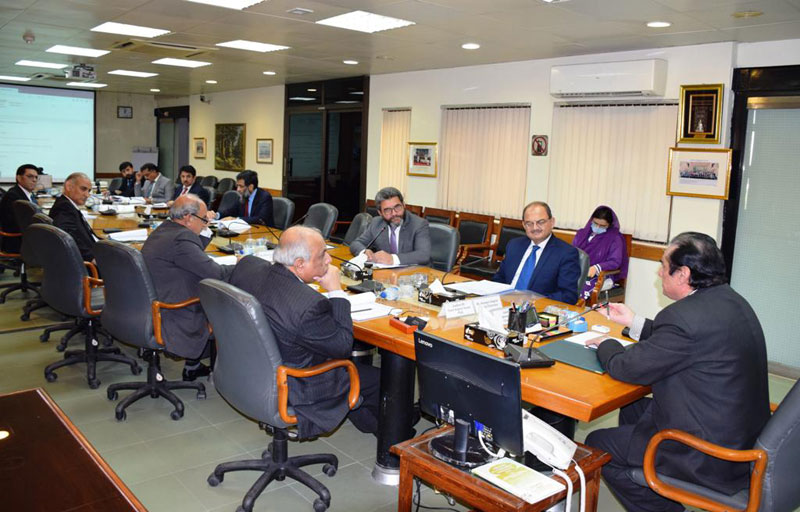 A meeting of NAB Executive Board was chaired by Honourable Mr. Justice Javed Iqbal Chairman NAB at NAB headquarters on Monday. The meeting was attended by Deputy Chairman NAB, Prosecutor General

It is a yearlong policy of NAB to share the details of EBM with the public which does not aim to hurt the feelings of anyone as all inquiries and investigations are initiated on the basis of alleged allegations, which are not final. NAB decides to go ahead with case after assessing the merits of the cases and after knowing point of view of accused persons as per law. The EBM decided to obtain certified copy of the Malam Jabba case and in the light of the certified copy of the verdict of Peshawar High Court, further course of action will be decided as per law.

The EBM authorised investigation of illegal appointments of officers/ officials of Bank of Khyber, Peshawar and others which were allegedly made in contrary to rules. Further, reviewing progress in the ongoing inquiries in billion tree tsunami case, assets beyond known sources of income cases against Engineer Amir Muqam, Maulana Fazlur Rehman, Captain (r) Muhammad Safdar and Sher Azam Wazir besides latest progress in investigations against Nawabzada Mehmood Zaib and others, Usman Saifullah and others.

The EBM decided to conduct the ongoing inquiries and investigations independently, transparently on merit on the basis of concrete evidence after getting point of view of the accused, so that all requirements of justice could be fulfilled and no inquiry and investigation will be completed unheard. Justice Javed Iqbal, Chairman National Accountability Bureau said that the NAN is absolutely committed to eradicate corruption by putting in serious efforts in order to make corruption free Pakistan. All resources are being utilized to take mega corruption cases to logical conclusion on priority. NAB has directly or indirectly deposited record Rs 466 billion in the national exchequer following the policy of accountability for all.