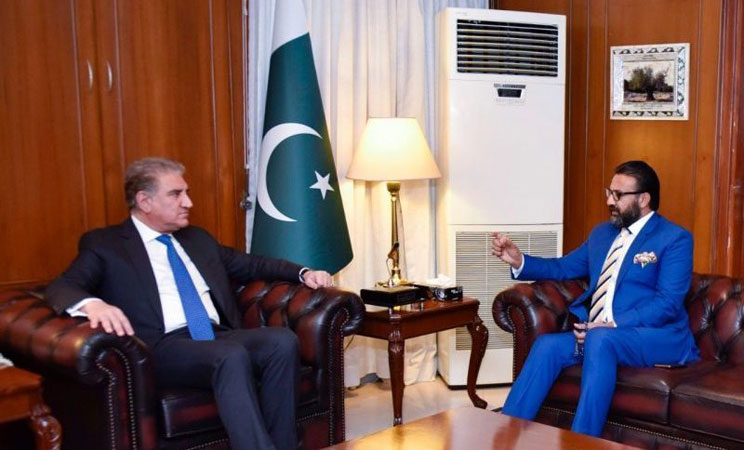 During the meeting, Losar suggested that current political/Covid-19 situation demands that Foreign Office play a pivotal role between overseas Pakistanis and Pak Missions abroad and there should be no gap between them. He also suggested that current government should focus more on enhancing soft image of Pakistan in the world and bring foreign investment to Pakistan.

Foreign Minister Qureshi informed Losar that he has received invitation from German foreign minister to visit Germany. Losar suggested that beside political and diplomatic relations with European countries, Pakistan should further enhance its economic relations with Europe particularly with Germany as Germany is a very big market in Europe.

Foreign Minister Qureshi praised the efforts of the EU-Pak Friendship Federation Europe led by Chaudhry Perveiz Iqbal Losar for organising mass rallies and demonstrations across Europe on August 5 and August 14, 2020. He also appreciated the efforts of his organization for highlighting Kashmir issue in Europe and also appreciated Losar for playing an important role in writing a letter to Indian government by 15 members of European Parliament for demanding the Indian Government to stop Human rights violations in Occupied Jammu & Kashmir.