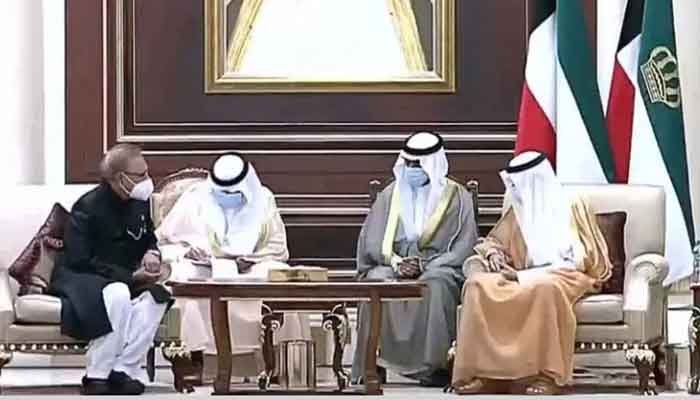 The president, who arrived in Kuwait this morning, expressed profound sympathies with the Kuwaiti leadership and nation on behalf of Pakistan’s government and people, the President House said in a statement.

Sheikh Sabah, 91, died last week in the United States where he was receiving treatment since July. He had ruled the Gulf Arab oil producer and US ally since 2006 and steered its foreign policy for more than 50 years.

President Alvi termed late emir a sincere and trusted friend of Pakistan, who made an invaluable contribution to bringing the two countries and peoples closer.

The president said Sheikh Sabah’s efforts in the bilateral context and for regional peace and stability would be long remembered.