What has Pakistan offered in new Afghan visa policy? 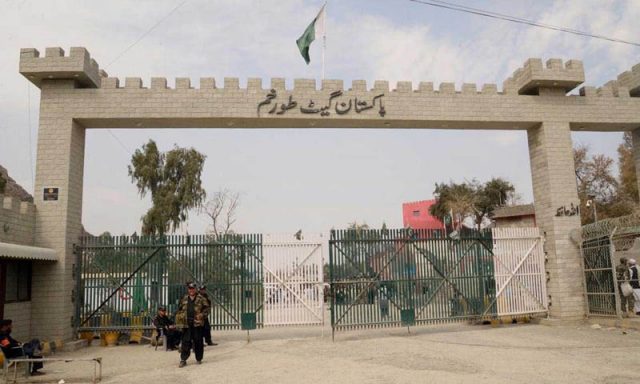 A new visa policy for Afghan citizens — who will be issued long-term multiple visas — is being implemented days after the federal cabinet approved a long-pending proposal, two Pakistani officials have said.

Afghan nationals acquiring visas will be easy for Afghan visitors with multiple entry visit visas and long-term business, investment and student visas. A new category of health visa has also been introduced which will be issued on the Torkham Border Terminal, according to the document available to Daily Times.

An official told Daily Times on Sunday that all departments which will be involved in the visa process have started their work. Besides, building the required infrastructure and deployment is also underway. He said orders have also been issued to all relevant departments after the cabinet approval.

Pakistan Mission in Afghanistan may allow multiple entry visas valid upto one year with duration of 60 days in each stay to ordinary Afghan nationals. However, the condition of the duration of each stay may be changed/exempted, if so requested and the mission found proper justification. Earlier, Afghans will get a 6-month visa.

The Pakistan Embassy in Kabul may grant a one year visa with multiple entries to the employees of Afghan Government whose families are living in Pakistan and the representatives of NGOs working in Afghanistan with the families and offices in Pakistan.

Three-month visas on arrival facility at Torkham Border Terminal in case of serious illness, including injuries, broken bones/limbs, may be allowed while no visa will be granted for ballistic wound cases, according to the document. Pakistan missions in Afghanistan may grant up to six-month treatment visa with multiple entries to the Afghan national for availing medical treatment of prolonged/complicated diseases. One attendant will also get a visa on arrival.

All Pakistani missions abroad may grant up to five-year family visit visa with multiple entries with each stay of not more than one year to Afghan nationals who have spouses of Pakistani origin on provision of legal documents that prove their marriages. The children of the couple are covered under this category.

Extension of this visa may be granted by up to one year with multiple entries to Afghan nationals who have spouses of Pakistani origin on provision of legal documents that prove their marriages.

The Pakistani mission in Afghanistan may grant visa to Afghan nationals/origin on the recommendation of the Board of Investment for one year entry work visa with multiple entries. Mandatory security clearance or otherwise shall be conveyed by the security agencies within 6 weeks positively.

Pakistani mission abroad may grant entry study visas for duration of study programme with multiple entries at university level on provision of following documents on issuance of authorization by the Ministry of Interior.

Pakistani mission abroad may grant entry study visa for one-five years or duration of study, whichever is less with multiple entries to Afghan national students studying at school/college level on provision of following documents on issuance of authorization by the Ministry of Interior.

One time dispensation may be granted to Afghan refugees who are Proof of Registration (PoR) cards holders if they voluntarily surrender their PoR cards, they may be granted appropriate visa on their valid passport within Pakistan on recommendation of Ministry of States & Frontier Regions (SAFRON).