No room in Pakistan for looters, plunderers of national wealth: Buzdar 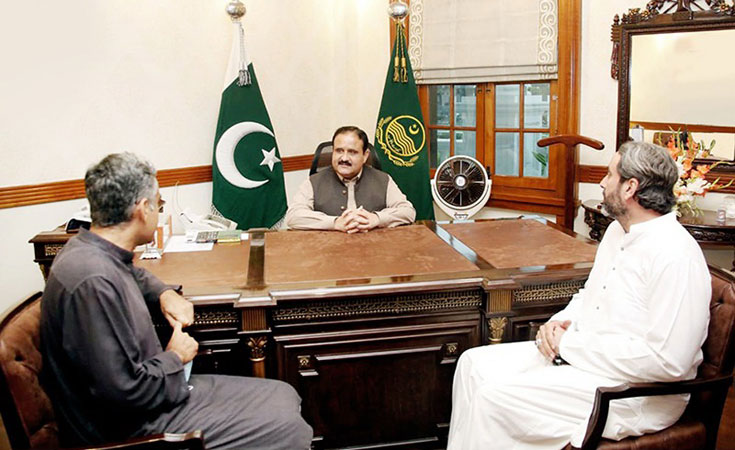 Chief Minister Punjab Sardar Usman Buzdar has said that there is no room for those in Pakistan who did the politics of looting and plundering.

For the first time, PTI government under the leadership of Prime Minister Imran Khan held big people accountable. People who were not considered to be touched in the past are now in the grip of the law. Prime Minister Imran Khan has crushed the giants of corruption. He said that accountability of corrupt elements is a manifesto of PTI and the government will not move back even an inch from its manifesto. Era of loot will not come back and Pakistan will reach to its true destination under the leadership of Prime Minister Imran Khan. He said that opposition parties are trying to stop the progress of Pakistan. Protest of opposition without any reason is an undemocratic process. Pakistan is facing internal as well as external challenges and in the recent critical circumstances, politics of chaos is unwise and against the national interests. He said that opposition parties by spreading chaos wanted to fulfil their nefarious designs. The people want to see the country moving ahead. Usman Buzdar said that opposition parties neither do long-march nor protest. It is unfortunate that opposition parties have put the national interest behind. The government will complete its tenure. He said that PM Imran Khan is taking decisions bravely and wisely in the national interests and according to the expectations of the people.

Chief Minister Punjab Sardar Usman Buzdar on World Teacher’s Day has said that the purpose of observing this day is to highlight the importance and respect of the teachers. He said that role of the teacher is very important in determining the approach and thoughts of the students. He said that teacher enjoys very important status and the role of a spiritual father in society. Students can only achieve the heights of respect and fame in the society by giving respect to the teacher. Usman Buzdar said that he salutes his teachers and teachers of the whole country. The position and status I am enjoying today is only because of the education given by my teachers, Usman Buzdar stated. He said that teachers have been given their rightful place in new Pakistan. Giving respect to the teacher is an obligation on all of us. Teachers are the benefactor of the nation and our pride. Today we have to determine that respect of the teachers will be ensured at every cost.