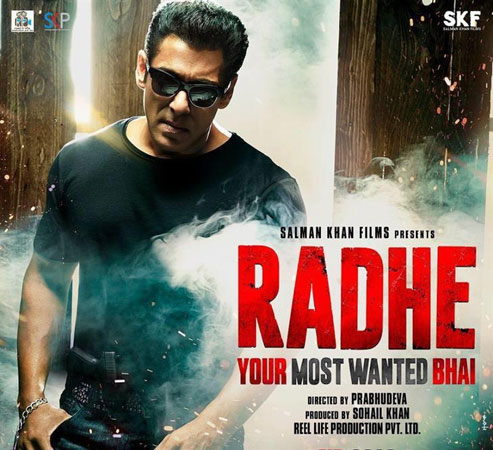 Superstar Salman Khan resumed shooting for his forthcoming film ‘Radhe: Your Most Wanted Bhai’ on Sunday.

Salman shared a picture from the sets of the film on social media and updated his fans about his schedule. The photo features Salman from the back and sporting an all-black avatar. He appears to be filming a stunt and like always, he swag is just off the charts.

“Back to shoot after 6 1/2 months … feels good #Radhe,” the superstar captioned his post.

Meanwhile, actress Disha Patani, who co-stars with Salman in ‘Radhe’, has also joined the team for shoot. Disha shared a sneak peek of the shoot location on her Instagram stories. “#Radhe… here we go,” she captioned one of her posts.

The film marks Salman’s third collaboration with Prabhu Deva, who has earlier directed the superstar in ‘Wanted’ and ‘Dabangg 3’. It is jointly produced by Sohail Khan, Atul Agnihotri and Salman Khan.

Salman Khan’s ‘Radhe: Your Most Wanted Bhai’ was earlier scheduled for an EID 2020 release. However, due to the coronavirus pandemic, the film could not be completely shot.