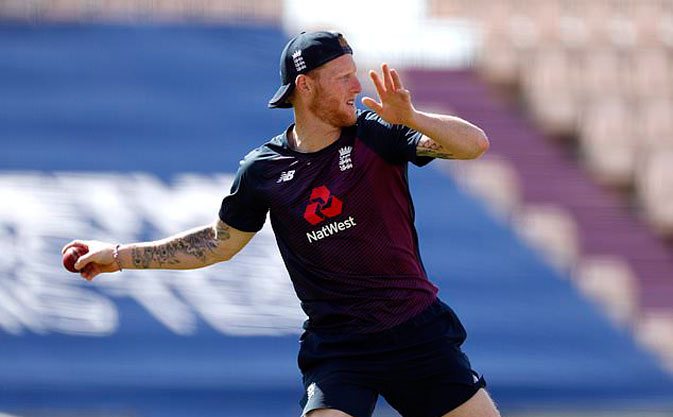 Ben Stokes is set to take part in this year’s Indian Premier League after Rajasthan Royals indicated the England all-rounder is en route to the United Arab Emirates from New Zealand.

Stokes left England’s bio-secure bubble at Emirates Old Trafford following a Test win over Pakistan in August to return to the country of his birth and spend time with his family after his father Ged’s brain cancer diagnosis.

He played no further part in England’s truncated summer schedule and was doubtful for the rearranged IPL campaign, which got under way in the UAE on September 19 with Stokes’ Royals playing their fourth fixture on Saturday.

However, Stokes posted three photos on Instagram of himself and his family alongside the caption “Goodbye’s never get easier”, before the Royals tweeted: “Hi guys, quick question. How long does it take from Christchurch to UAE?” Rajasthan then uploaded a photo of a masked Stokes seemingly on an aeroplane under the heading “Stoked” and then adding “He is back” in response to one of the replies.

Stokes will not be immediately available for his franchise – who count England trio Jos Buttler, Jofra Archer and Tom Curran among their number – as the IPL’s Covid-19 protocols mean he must quarantine for several days upon his arrival into the UAE.

England’s Test vice-captain has recently been training at Sydenham Cricket Club in Christchurch in preparation for his return, having been out of action since the beginning of August.

He had a low-key outing as England chased down 277 to beat Pakistan in Manchester but missed the remaining two Tests and the limited-overs series against Australia after going to New Zealand – where his parents still live. The exact reason behind Stokes’ departure was not made public at the time but his father subsequently revealed he had been diagnosed with brain cancer in January.

“I didn’t sleep for a week and my head wasn’t really in it,” all-rounder Stokes told the Weekend Herald about his last Test appearance.

“Leaving (the team) was the right choice from a mental point of view.”