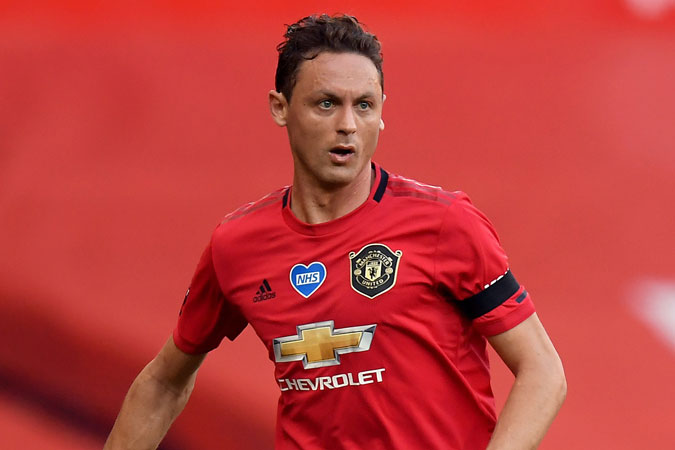 Nemanja Matic believes Manchester United need to defend as a team after conceding five goals in their opening two Premier League games. Ole Gunnar Solskjaer’s side face Tottenham on Sunday, and the dangers posed by a side led by Harry Kane seem obvious given United’s struggles at the back since their league season began. They conceded three at home to Crystal Palace in their opening fixture and needed a dramatic late penalty to overcome Brighton 3-2 last weekend.

“I think everybody has to defend,” Matic said on the club website. “Football is a team sport. “When you concede a goal, not only does the goalkeeper and defenders concede it, everyone needs to take responsibility. And also when we score everyone is involved. “We have to start the action from the back – we defend together and we attack together. “In my position my job is more to help give the balance to the team, especially when we defend, and we will all take responsibility.”

United finished last season strongly, unbeaten in the league after the campaign resumed following lockdown, but the opening defeat to Palace put the focus on a relative lack of transfer activity as time ticks down in the window. Solskjaer said earlier in the summer that he believed United needed to strengthen, but this week he has emphasised the quality he already has in his squad, saying he feels there is now greater competition for places than there was last term.

United started their season a week later than most, a result of their Europa League campaign only finishing in mid-August, a factor cited by Solskjaer as he said his side is still catching up in terms of fitness and form. “The players are getting fitter and getting sharper and stronger, even though we’re a few games behind the rest of them,” he said. “In that respect, we hope to see an improvement and we probably need to, especially from the league games.” Sunday’s match will pit Solskjaer against the man he replaced in Jose Mourinho.