Khloe Kardashian laughs off ‘shade’ over her latest Instagram makeover 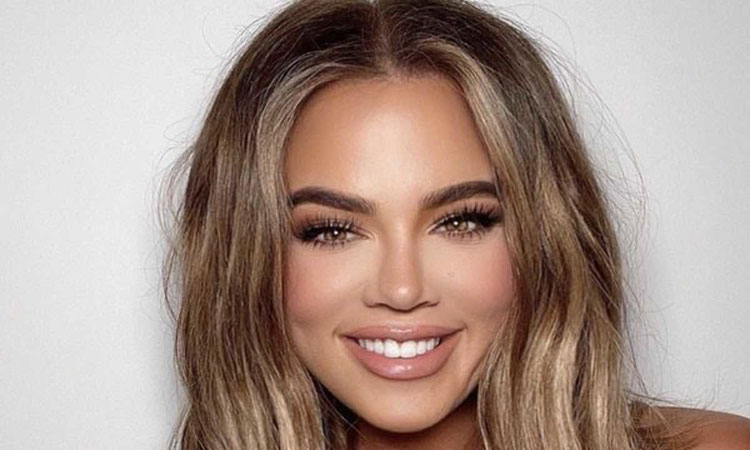 Don’t mess with Khlo-Money! Khloe Kardashian debuted another brand new makeover on Instagram on Friday, Oct. 2, showing off her curves in a strapless bodysuit and black vinyl ensemble.

The Keeping Up With the Kardashians star captioned the flaming hot look, “Man this heat wave is intense!! Isn’t it October???” She then gave a shoutout to longtime assistant Alexa Okyle, saying, “Lex, This ones for you.”

Her new look featured two long pigtails that earned her high praise from sis Kylie Jenner. The 23-year-old Kylie Cosmetics founder wrote, “love this hair on u so pretty” with a heart emoji.

Not everyone was wowed, however. One Instagram user wrote, “She looks different every week lmao,” and another added, “What in the Ariana grande is this.”

And Khloe had a fiery clapback for one user that said, “Money spent well.” Khloe fired back, “the shade of it all” with laughing crying emojis.

Her gallery of new images included a few Boomerangs, and one fan speculated they were meant to disprove any Photoshop rumors. “Gotta throw in the videos cause mfzzz be hating,” a user said, and Khloe confirmed, “lol exactly.” When another fan pretended not to be able to recognize her—writing, “KHLOE????? I LOVE YOU”—the 36-year-old star had nothing but love in return. “I love you even if this is shady,” she wrote. Later in the afternoon, Khloe took to Twitter to reflect on the hate. “I’ll never understand how bored or unhappy some people can be. I am someone who would never comment something unless it’s positive,” she wrote. “I believe in uplifting and complimenting one another. Who has the time chiiiillllldddd?! Time is precious boo. I’m spending it on happy things.” In another tweet, the star added, “I truly wish you all things beautiful in this world because there still is so much beauty. You just have to look through the BS but it’s there.”

The mom of 2-year-old True Thompson has faced backlash for her selfies in the past. Back in May, she truly got “under bitches skiiiinnnnn” when she revealed a dark hair transformation on Instagram.