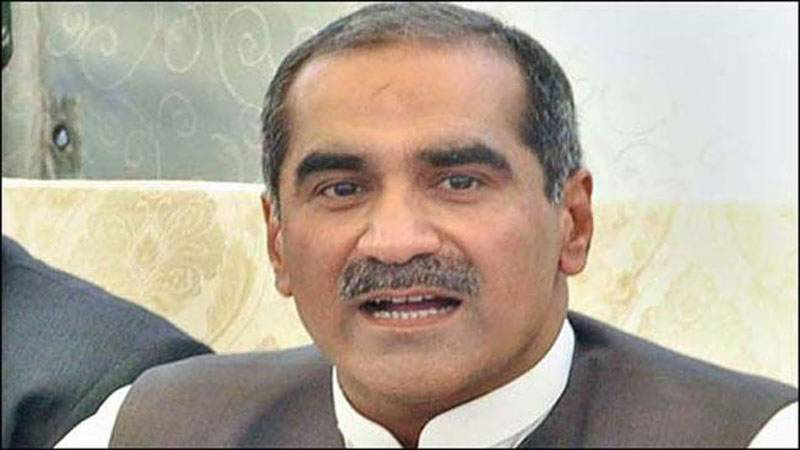 The National Accountability Bureau (NAB) on Saturday decided to close the ongoing inquiry against PML-N leader Khawaja Saad Rafique related to leasing of land on lower rates during his stint as railways minister.

In a complaint, Kh Saad had been accused of leasing the land, including a 33-kanal piece located on Lahore’s Walton Road for 33 years, to his favourites. It was further claimed that the Pakistan Railways officials did not verify the matter properly.

However, sources say it was found that the land was leased out to the company with the highest bidding and that the allegation of rewarding the favourites wasn’t proved. During his tenure, the former railways minister had also given 12 plots in different districts to oil marketing companies.

This decision to close the inquiry was taken at a regional board meeting whose recommendations have now been forwarded to the NAB chairman.

Earlier in the day, PML-N Punjab President Rana Sanaullah said two different agencies of the same federal government were accusing him simultaneously of accumulating the same assets by smuggling heroin and misusing authority. “We are fighting this repressive government,” said the PML-N leader, who added that they would never bow down and fight every kind of tyranny. “Imran Khan! We are afraid of no one.”

All the properties and assets were frozen with the allegation by ANF that these were amassed by smuggling heroin, and the NAB had been conducting an inquiry with the accusation it was a result of misuse of authority, Rana Sana remarked while talking to media persons in Lahore, about the political victimisation he has been facing at the hands of the PTI government for the last 15 months.

Describing it as a glaring contradiction between the two departments of the same federal government, he said even his salary account – used for depositing the pay he gets as a National Assembly member – had been frozen. “Even the CNICs of his entire family are blocked,” he said and blasted the government for registering a fake case with the charge of smuggling 15 kilogrammes of heroin. No progress had been made in the bogus case for the last 15 months, Rana Sana stressed to explain his point.

Asking Prime Minister Imran Khan to resign and announce new elections, Rana Sana said the recently formed Pakistan Democratic Movement (PDM) had vowed to stand up against the injustices. “Jahangir Tareen is now sitting in London after Rs130 billion sugar robbery while Zafar Mirza left the country after earning billions in the medicine scandal,” he said and added that the current government was committing corruption to the tune of billions every day.

Last month, the NAB had decided to end the ongoing investigation against former Lahore Development Authority (LDA) DG Ahad Cheema and eight others. In February 2018, the NAB had initially arrested Cheema in relation to the Ashiana Housing Scheme corruption scandal for illegally allotting land for the housing scheme in Lahore. Cheema was serving in the Punjab Power Company at the time of his arrest. He had been credited for the early and swift completion of different power projects launched by the Shehbaz Sharif-led provincial government. However, the LHC granted him post-arrest bail. His counsel had argued that the anti-graft body had initially arrested Cheema in the Ashiana Iqbal Housing Scheme case on Feb 21, 2018, exhausted 90-day physical remand and then diverted (his arrest) to illegal assets and the LDA City case. He was referring to his indictment by an accountability court on a charge of accumulating assets beyond his known sources of income in January 2019.