All villages across Punjab to get potable water: governor 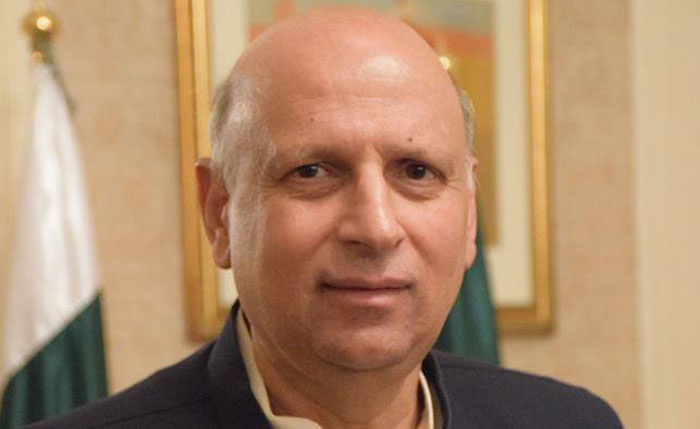 Punjab Governor Chaudhry Mohammad Sarwar has said that Pakistan is at the take-off position as the Pakistan Tehreek-e-Insaf (PTI) government has overcome the basic economic challenges in its first two years and now a gigantic development programme has been launched.

During the first phase of the development programme, all villages across the Punjab province would be provided potable water, he said while inaugurating the Shaheen Football Stadium in Toba Tek Singh on Saturday.

He said that the incumbent government was making serious and sincere efforts to facilitate masses. “A new system is being introduced to materialise the dream of Quaid-e-Azam and Allama Iqbal,” he said and added that all basic amenities would be ensured at the doorsteps of masses.

He said that fundamental issues have been resolved and people would harvest the benefits of progress and prosperity very soon. “They would also witness that the impact of inflation is reducing with every passing day due to the policies and hard work of the present government.

He said that Pakistan has successfully reigned in the menace of terrorism and now government is focusing on promotion of healthy sports activities which are imperative to harness the productive capabilities of a disciplined nation.

Continuing, he said that coronavirus was global challenge but the government stood with the masses and it was contained through innovative policies of smart lock down.

Regarding democracy, he said that it ensures right of expression and government has no intention to clamp any curb on this fundamental right of opposition. We want continuity of democracy but some myopic politicians have used politics to mint money.

He said that Nawaz Sharif went abroad on the pretext of his illness and government would use all channels to bring him back to the justice. He said that government is well seated and will complete its constitutional tenure despite of an opposition by the few disgruntled elements.

He checked the emergency ward, labs and store and inquired about the health of patients from the attendants and told that facility of free test and treatment is provided to the hepatitis patients in this hospital.

Governor told that 25,000 patients have been screened so far in this hospital free of cost. Later, Governor also chaired the meeting of Board of Directors (BoD) of this hospital.